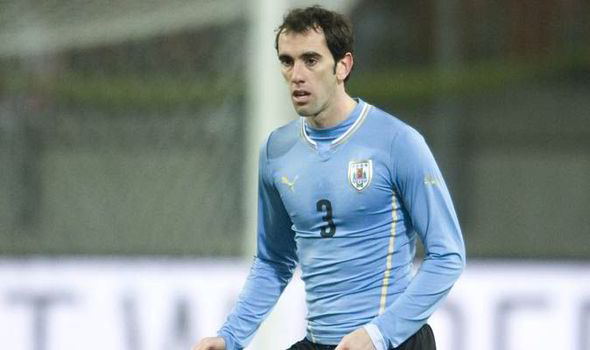 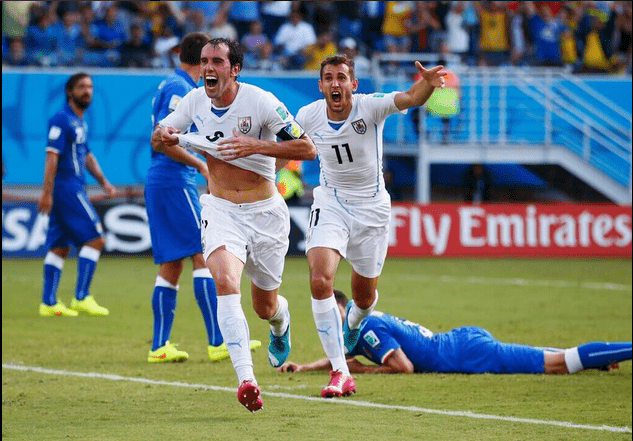 Manchester United are plotting an audacious January move for Atletico Madrid defender Diego Godin, who has a contract with the Spanish champions till 2018.

According to the reliable Mark Ogden of The Telegraph, Louis van Gaal has short-listed defenders to bolster the club’s injury ravaged defensive options, where Godin emerges out as a possible target.

Manchester United have had  a wretched luck with injuries this season, where the new manager has seen Rafael, Phil Jones, Jonny Evans, Luke Shaw and Marcos Rojo all sidelined for at least a month.

Van Gaal after taking charge of the club from David Moyes has identified central defence as the area that needs reinforcement, but was left frustrated in the chase to sign Borussia Dortmund’s Mats Hummels and Thomas Vermaelen, who joined Barcelona for £15m in the summer.

According to Ogden, Manchester United have considered several options like Aston Villa’s Ron Vlaar, who played under Van Gaal during the World Cup in Brazil. The Dutch defender has yet to a new contract and could be available for transfer on a reduced fee next month.

Dortmund’s highly rated defender Mats Hummels is also a long term target of Manchester United. However, with the Bundesliga outfit flirting with relegation, sitting at bottom of the table, at the moment, it is highly unlikely they would want to part ways with their talisman player.

Godin, the Uruguayan defender, has a release clause of €36m (£28.5m) in his deal at the Vicente Calderon, which could prove to be a stumbling block.

The 28-year-old played an important role for Atletico last season helping the Rojiblancos claim the La Liga title. This season, Godin has been in good form as well, scoring three goals already for Diego Simeone’s side.