Chelsea legend Didier Drogba is to leave Turkish side Galatasaray in the summer, with the 36-year-old linked with a sensational move back to West London.

Drogba made Chelsea history back in 2012, scoring the winning penalty in the Champions League final penalty shoot-out against Bayern Munich, giving the Blues ultimate glory in what was his last game before moving abroad.

After a brief stint in China, the Ivorian striker signed for Turkish side Galatasaray in 2013, but now Drogba could be set to return to Stamford Bridge in a player-coach capacity, with Jose Mourinho hinting at the possibility of his greatest ever player coming back under his wing. 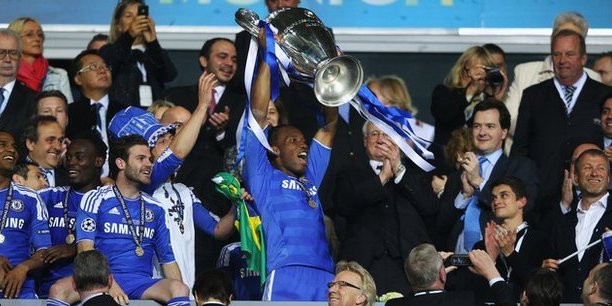 “Galatasaray will always be in my heart, I’m very proud to have represented this team.

“I didn’t come here for money. If I wanted money I would have stayed in China. I came to Turkey to play football, to feel the passion again. Scoring against Fenerbahce and Besiktas, I think I gave some happiness to our fans.”

Drogba also took the time to thank Mourinho for recommending that he move to the Turkish giants, further highlighting the pair’s strong relationship,

“Jose Mourinho and Wesley Sneijder had a big impact on my decision to sign. Jose said to me ‘if Wesley is going then you should go to’, so I came.

“It was great to have a chance to play alongside him [Sneijder].”

Chelsea are set to sign Diego Costa from Atletico Madrid this summer, with the Blues reportedly agreeing a £32m fee for the striker. Samuel Eto’o and Demba Ba look likely to leave Stamford Bridge this summer, and despite Mourinho’s words to the contrary, question marks remain over the future of the struggling Fernando Torres.

If Drogba returned to Chelsea, it would surely to be to begin life as a coach under Mourinho, but considering his 14 goals in 36 appearances for Galatasaray, having the Drog as back-up in West London wouldn’t be the worst option!

What do you think, Chelsea fans? Would you welcome Didier Drogba’s return to Chelsea? Let me know your thoughts in the comments below…