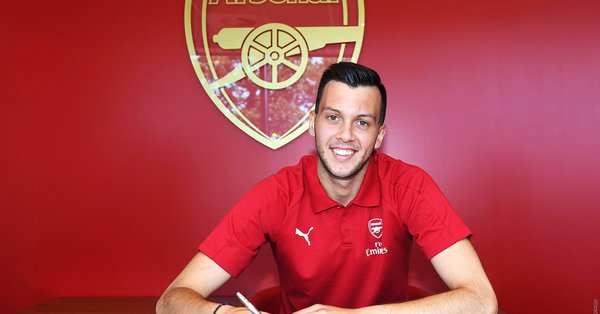 Arsenal have agreed on a new deal with the highly talented goalkeeper Deyan Iliev.

The 23-year-old joined the club back in 2012 and he played a key role for the U23s last season. The agreement has been confirmed on Arsenal’s official website.

Iliev will be looking to continue his development with more playing time next season. The Macedonian is not ready to be a part of Arsenal’s first team squad yet and he will be hoping to make his mark for the youth team.

He was named in the Arsenal first team squad for the Carabao Cup game against Norwich City in October. Iliev will be hoping for more of the same next season. Just being a part of the first team squad will be a valuable learning experience for him.

It will be interesting to see whether he can force his way into Unai Emery’s first team plans anytime soon. Iliev seems like a talented young keeper with a lot of ambition.

Speaking to the club media after his extension, the 23-year-old revealed that it is a big moment for him and he will look to grow as a player at Arsenal now. He also explained that he will do his best to be the number one keeper at the club.

Unsure who this is but I’m understandably delighted