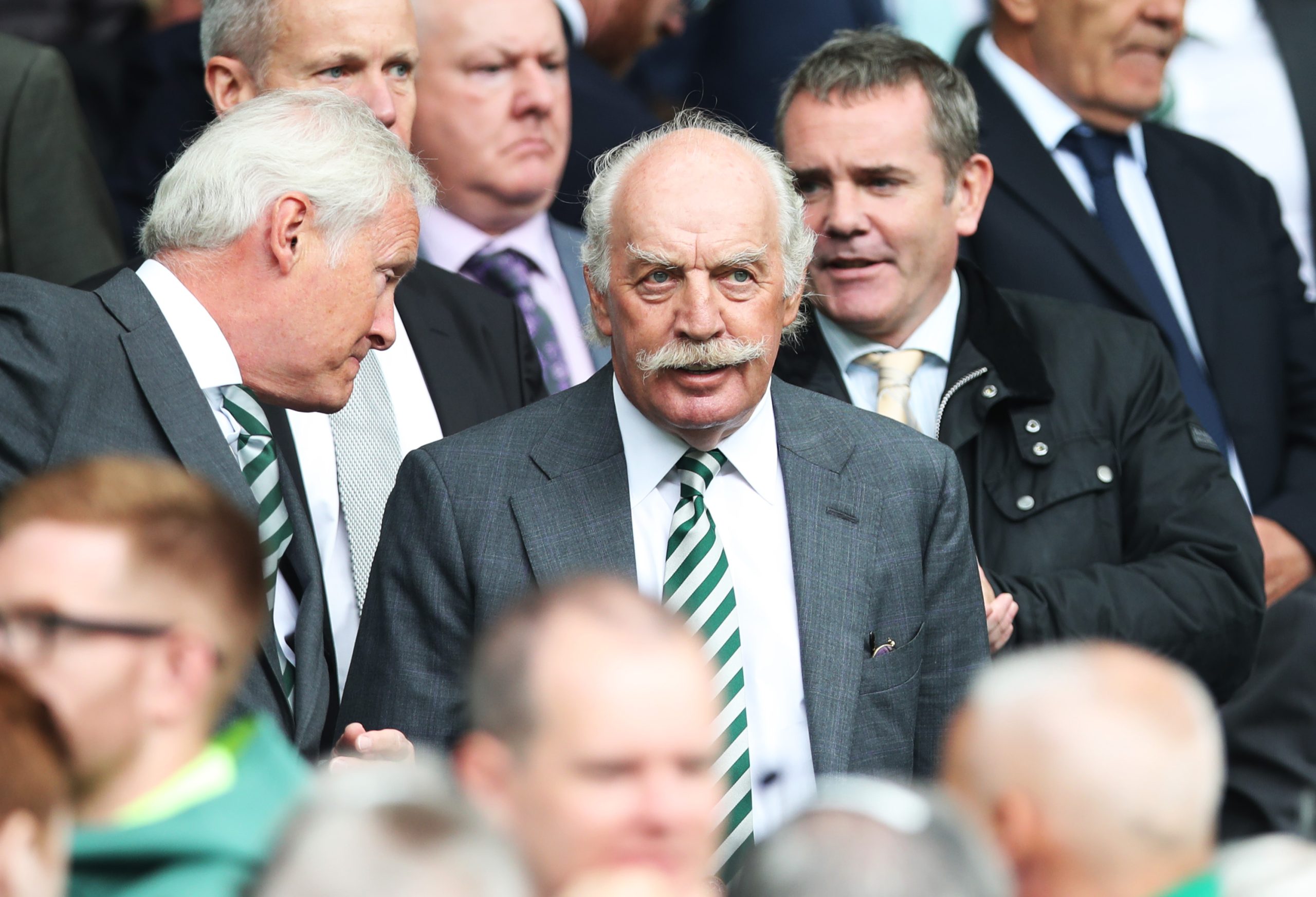 Celtic failed to qualify for the group stages of the Champions League for the third campaign in a row this season.

The Scottish Premiership giants suffered a 2-1 loss at the hands of Ferencvaros in the second-qualifying round last month, with the Hungarian outfit being the better side at Parkhead all game.

Celtic are now looking to qualify for the group stages of the Europa League and will face Riga FC in the third-qualifying round.

Neil Lennon’s side should be playing in Europe’s elite competition, though, and Celtic’s principal shareholder for more than two decades Dermot Desmond has a plan to get the club back to the Champions League.

The 70-year-old believes that Hoops’ recent struggle is psychological, and he has revealed that the club are looking to bring in experts to help out.

“What we’ve got to learn is to cope with the pressure of playing in Europe. That’s what I’d say and I think that’s a psychological thing rather than a competitive thing. If you talk about the matches we lost in the past couple of years in the Champions League, they were lost despite us dominating possession, or whatever other measure you want to use – except goalscoring,” the Celtic supremo told The Athletic.

“And that is something I think is more of a psychological blockage than our football capability. That is something management have recognised and we will do something about it. We will address it by asking what the fear factor is in Europe. We will learn how to get over the fear of failure by bringing in experts to help us.”

“I don’t think personnel is the issue. The (Celtic) personnel were better than the opposition. I think it is inexperience and a fear factor, a fear of failure, and we’ve got to do something about it. Sometimes, whether you’re a tennis player, a golfer, a footballer, there are mental blockages and what we’ve to do is find a route around them.”

Last month’s elimination saw Celtic suffer their earliest Champions League exit since 2005, and it will be interesting to see what happens in 2021-22.

CFR Cluj stopped them from reaching the play-offs round last season, while they were also dumped out of the third-qualifying round by AEK Athens in 2018-19.

They will look to reach the group stages of the Europa League and progress to the knock-out stages in order to make up for their failure to qualify for the Champions League this term, and manager Lennon will be keen to impress in Europe going forward.