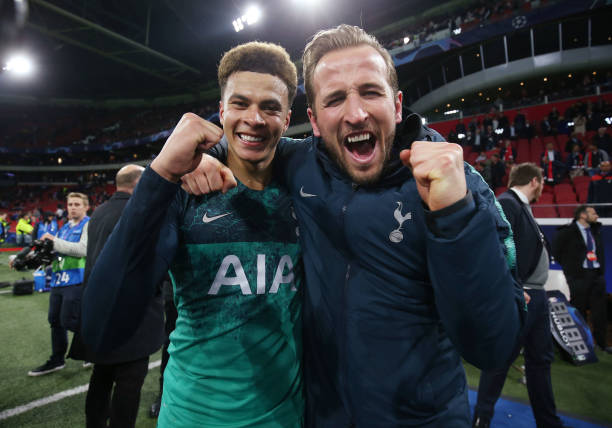 Tottenham Hotspur midfielder Dele Alli has shared some tidbits about the club’s WhatsApp group chat, and Millennials and Generation Z fans can definitely relate with all of them.

In an exclusive interview with Otro, the Spurs star revealed that only the first-team players with personal lockers in the dressing rooms are presently allowed in the group chat.

Alli isn’t the admin of Tottenham’s WhatsApp group chat, and he says the club’s official badge is primarily the photo and group icon, although it changes a few times.

He reveals that Moussa Sissoko is the joker of the group while Paulo Gazzaniga keeps dropping a lot of videos.

Alli claims Lucas Moura regularly posts weird videos which is “actually surprising” to him, and that the Argentine occasionally spams the group chat with “COYS” after every Tottenham victory.

The England international says he doesn’t like Spurs’ WhatsApp group chat, though, as nobody is keen to reply him whenever he asks a question about what time the next team meeting is.

He says the players actually don’t talk a lot about football, and as one would expect, he reveals that a lot of banter goes on in the group.

Alli reveals he is the guy over the top with emojis, with his favourite being the “I don’t know” one.

He didn’t hesitate to make fun of Juan Foyth, though, claiming that he suspects that the defender doesn’t clean up after himself after using the restroom.