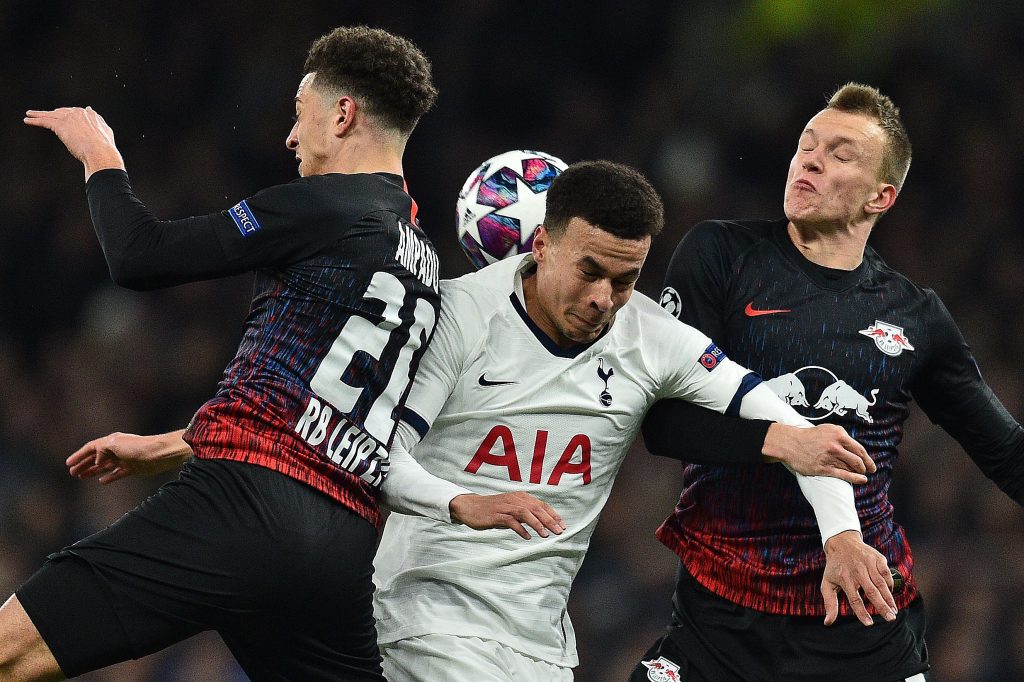 Tottenham Hotspur midfielder Dele Alli has taken to Twitter to give his reaction to his side’s defeat to RB Leipzig.

Spurs suffered a 3-0 loss at the hands of Leipzig away from home in Germany in the second leg of their Champions League Round of 16 tie on Tuesday evening.

Jose Mourinho’s side had lost the first leg of the tie 1-0 at Tottenham Hotspur Stadium in North London, meaning that they have crashed out of the competition 4-0 on aggregate.

Tottenham midfielder Alli – who is valued at €120 million (£105.06 million) by the CIES Football Observatory – has admitted his disappointment at the final result on Twitter.

The 23-year-old England international has also thanked the fans for their support, and believes that everyone has to stay strong and be positive.

Extremely disappointing night. Gutted to be knocked out of the competition we did so well in last year. This one is tough to take but it’s not the time to crumble, we have to re group and focus on the weekend. Thank you to the travelling fans – forever grateful for the support

Season on brink of collapsing?

Tottenham’s recent performances and results have been hugely disappointing, and now they have just the Premier League to play for between now and the end of the season.

Spurs have finished in the top four of the league table for the past four seasons, but there is a chance that they could miss out on the Champions League places for the 2020-21 campaign.

The North London outfit are eighth in the league table at the moment with 41 points from 29 matches, seven points behind leaders and London rivals Chelsea.