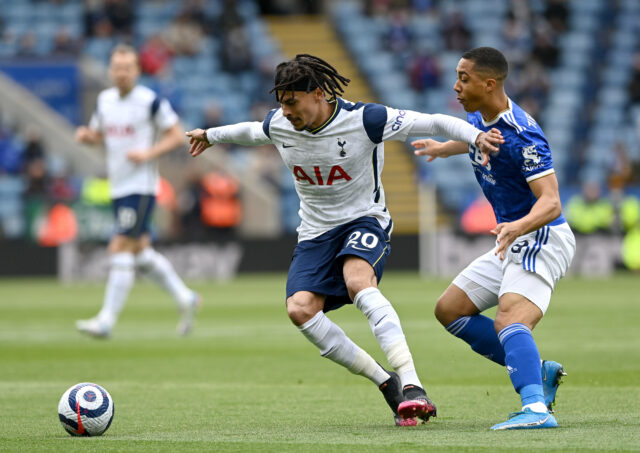 Dele Alli has posted a brilliant message on Instagram after Tottenham Hotspur won 4-2 against Leicester City on Sunday.

Leicester took the lead through Jamie Vardy, but Spurs came back strongly with Harry Kane and Gareth Bale amongst the scorers to seal all three points for the visitors.

The defeat also ended Leicester City’s hopes of qualifying for the Champions League, although Brendan Rodgers’s side can look back with great pride having lifted the FA Cup.

Spurs, who were challenging for the title back in December, slipped to 7th in the league table, and they have a serious rebuilding job in the summer.

Kane has been simply brilliant for the north London club this term. The England striker has enjoyed arguably his best season for Spurs, bagging 23 goals and 14 assists – winning the Golden Boot in the process.

Alli, who has endured a tormenting season, has taken to social networking site Instagram to post a story about Kane. He has hailed him as the “best striker in the world”. 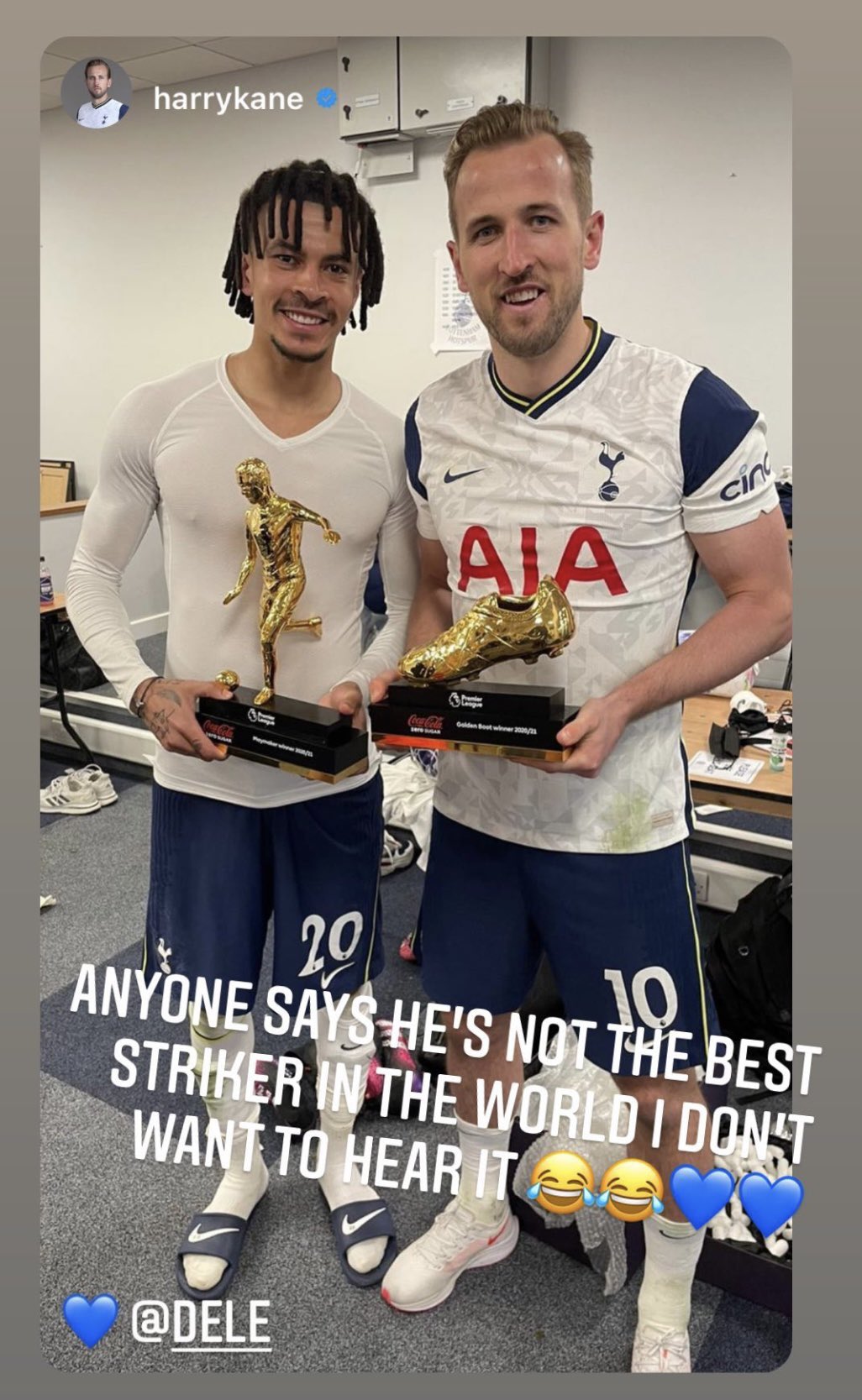 Kane has recently said in a candid interview with Gary Neville that he wants to win trophies in his career and hinted of a possible move away from the club.

He hopes that Spurs chairman Daniel Levy will sell him at the right price. The two Manchester clubs are apparently interested in his signature, but it would cost way over £100 million to sign the Tottenham talisman.