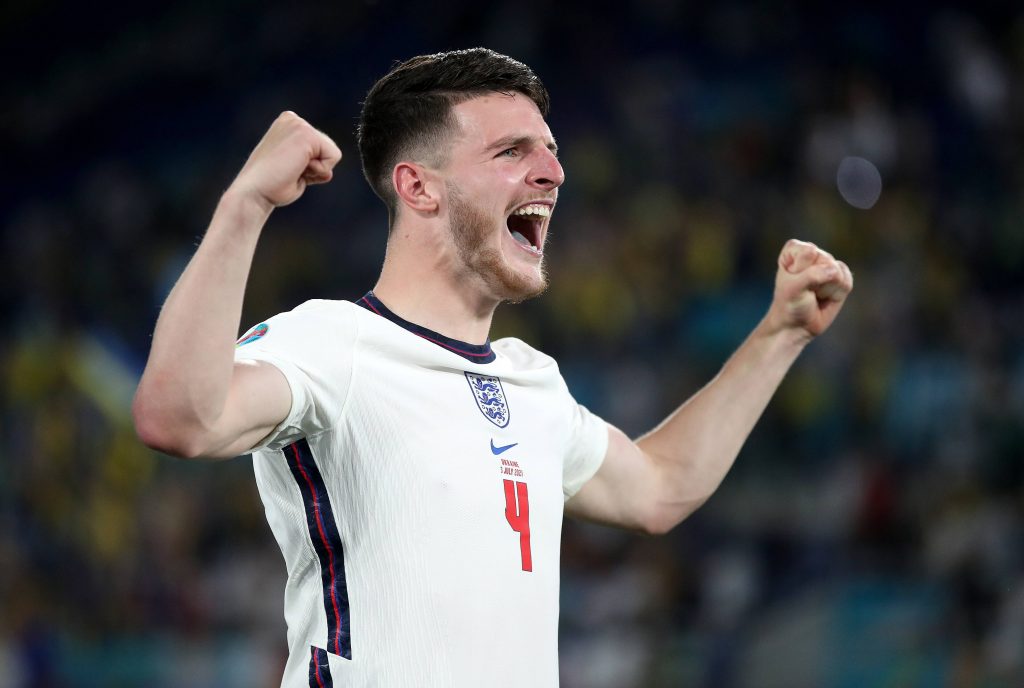 West Ham United midfielder Declan Rice has been linked with a move away from the London club for months now.

According to Football London, the likes of Chelsea, Manchester United and Manchester City are keen on the player but they will have to pay around £100 million to sign the England international.

The Hammers have already set the price tag for their prized asset and it remains to be seen whether his suitors are willing to cough up that kind of money for him next summer.

Rice has been linked with a return to Chelsea even before Thomas Tuchel arrived at the club. Apparently, the former Chelsea manager Frank Lampard was keen on signing the midfielder before he was sacked.

The 22-year-old has developed into one of the best defensive midfielders in the Premier League and it is hardly a surprise that the top clubs are looking to secure his services.

Rice has shown his quality at the international level during the European Championships as well and he seems ready to compete at a higher level.

A player of his calibre deserves to play in the Champions League and he might look to move on next summer.

Chelsea paid big money to bring Romelu Lukaku back to the club this summer and they will have to shell out a similar fee to sign Rice from West Ham.

Meanwhile, Manchester City could use a quality defensive midfielder like him especially with Fernandinho in his twilight years.

The Premier League champions have paid a massive fee to secure the services of Jack Grealish and it would be fair to assume that they have the financial muscle to sign Rice as well.

Crosstown rivals Manchester United could use an upgrade on Nemanja Matic as well and the West Ham star would be a quality addition to Ole Gunnar Solskjaer’s midfield.

The 22-year-old is likely to be a man in demand next summer and it will be interesting to see where he ends up.