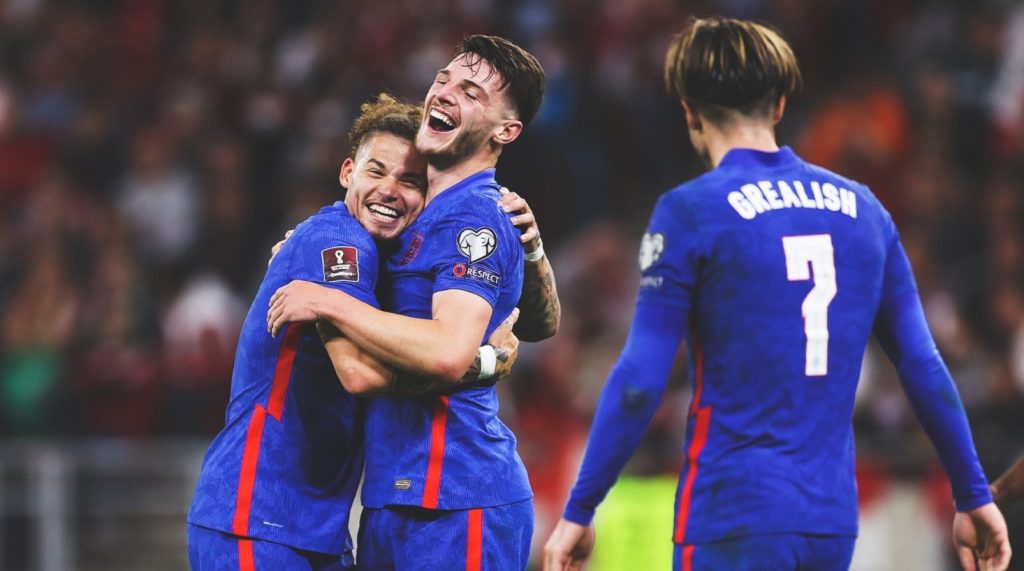 The Three Lions were well organised at the back and the disciplined contribution from the midfield duo was crucial to England’s assured defensive performance.

The Leeds United midfielder shared a social media post after the game celebrating his partnership with Rice and the West Ham United star responded with praise for the 25-year-old.

The two players have formed a telepathic understanding at the heart of England’s midfield and it was evident during the European Championships earlier on in the summer.

Gareth Southgate’s men managed to make it to the finals where they were beaten by Italy.

Phillips and Rice were among the best performers for their country during the European Championships and they will be keeping an eye on the World Cup next year.

They have complemented each other’s skill-set perfectly so far with Rice protecting the defenders and Phillips tasked with the role of pressing the opposition and winning the ball back.

Both players have been exceptional for their respective clubs in the Premier League as well.

The two midfielders are still quite young and they will improve further with experience.

The England fans will be hoping that Rice and Phillips can continue to perform at a high level for their country and guide them to international glory next year.