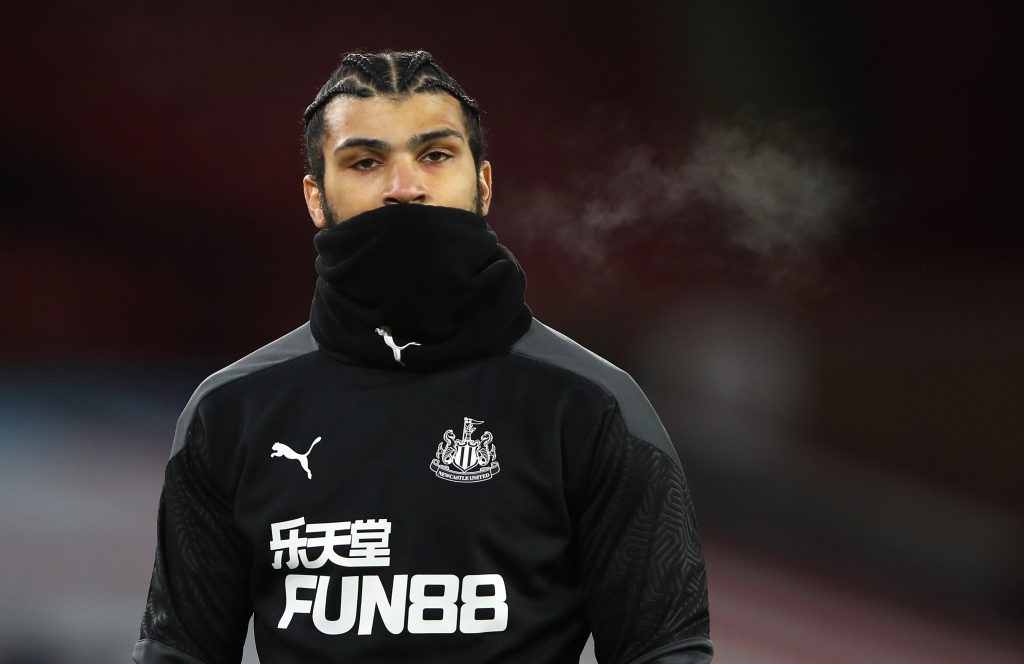 Newcastle United defender DeAndre Yedlin has said that he is frustrated with his contract situation at the club and wants more clarity regarding his future.

The right-back was linked with a possible exit from the Magpies during last summer’s transfer window, but ultimately ended up staying with the club.

Yedlin was largely out-of-favour with the Magpies for the first three months of the season and he had to wait until last month to make his first league appearance.

The 27-year-old did not even feature on the bench with Javier Manquillo and Emil Krafth favoured ahead of him, but he has recently returned to the mix.

Yedlin has started five of the previous six league games for the Magpies, but it is still unclear whether he will remain with the club beyond the summer.

His current contract expires at the end of June and the defender is frustrated by the fact that the club have yet to confirm whether they will renew his deal or not.

“One of the things that people think is you just go out and play and that’s our life but there’s a lot more to balance whether it be on the field or off the field,” he told CBS Sports HQ. “Obviously with my situation currently I have six months left on my contract,”

“It has been a bit frustrating because me and my agent have had no communication with Newcastle at all about what their plans are for me, if I can go or if they want me to stay.

“It has been kind of a tough time and obviously I want to keep my head on football and just play my game but there are distractions like that that unfortunately make it a bit tough.”

Yedlin has accumulated 125 appearances for the Magpies since his arrival from Tottenham Hotspur in the summer of 2016.

He was hampered by multiple injuries last season which meant that his playing time was limited and he dropped down the selection order.

The USA international was linked with a possible return to Major League Soccer in the summer, but nothing of that sort materialised.

At 27, he has plenty of years ahead of him at the top level and has the chance to speak with foreign clubs, having entered the final six months of his Magpies deal.

Yedlin out of respect for the Magpies has yet to open talks with any other club, but he may be tempted to hold discussions in the coming weeks.

Club Brugge, Besiktas, Wolfsburg, Augsburg and Mainz are named as the interested clubs in signing him and the Magpies need to make a quick decision over his future.