De Boer reveals why he rejected Man United for Rangers 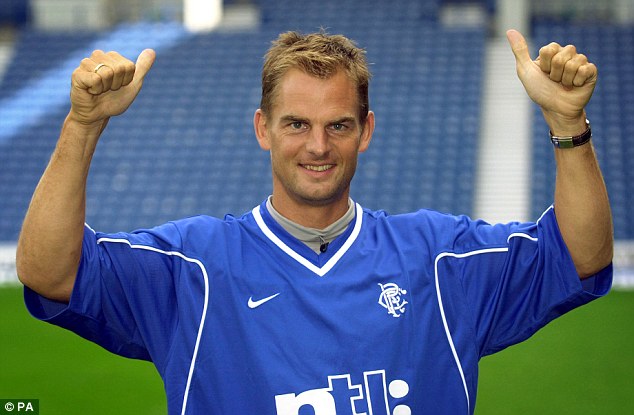 Former FC Barcelona midfielder Ronald de Boer has revealed why he picked Rangers over Manchester United when he left the Catalan club in 2000.

Sir Alex Ferguson wanted to bring the former Netherlands international to Old Trafford and even personally corresponded with de Boer for a possible move. But the 47-year-old says he chose to sign for his compatriot Dick Advocaat’s Rangers side because he feared United would pull out of the deal because of his persistent knee problems.

“I remember being in the kit room in the Camp Nou and being on the phone with Ferguson. He said to me, ‘I’d play you, but I’d like to rotate’. He said the only two players he played every game were [Roy] Keane and [David] Beckham. He said that I’d play but I might not play every game,” said de Boer.

“Then Rangers came in, also with a four-year deal.
“I had this injury with my knee. It wasn’t a problem because I didn’t miss a training session at Barcelona. But I know that Manchester United had sent back Ruud Van Nistelrooy because of a problem with his knee in the medical. And I thought, they want me, but they may think his body is not fit for four years and they wouldn’t want to take the risk. Then I’d have come back to Barcelona with a stamp on my head like ‘he’s not fit’.

“With Rangers losing 6-2 against Celtic four days before, one day before signing the Champions League names, with a Dutch doctor, a Dutch manager, I thought the chance I could get a four-year deal, it would take me up to 33, 34. So I took the plane to Glasgow and I never regretted it.”