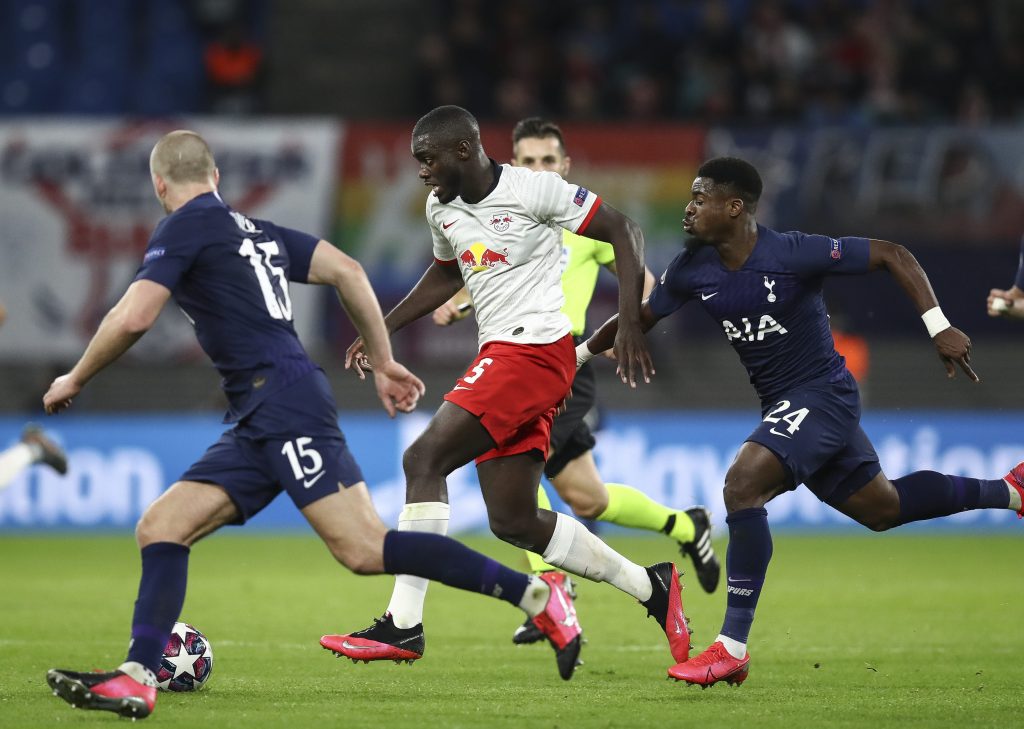 A summer transfer tussle over a £52.5 million defender could be the key to success in Manchester next season.

According to Sky Sports, both United and City are interested in signing RB Leipzig centre-half Dayot Upamecano.

The 21-year-old has been strongly tipped to move on this summer, with Bayern Munich amongst the other clubs believed to be tracking his progress.

However, with United and City desperately needing to strengthen their respective defences, a move to the Premier League is an interesting proposition.

United need to find a regular partner for Harry Maguire, while City are in the market to buy someone to link-up with Aymeric Laporte.

The Red Devils have improved under Ole Gunnar Solskjaer, but still need to make improvements to their squad if they are to challenge for major honours.

City’s failure to replace Vincent Kompany proved costly in this season’s title race and Pep Guardiola is eager to rectify that this summer.

Upamecano has played an integral role for Leipzig this term, helping them to third in the Bundesliga behind Bayern and Borussia Dortmund. The German side are also through to the quarter-finals of the Champions League after demolishing Tottenham Hotspur 4-0 on aggregate.

Having struggled to keep pace with the top teams over the past few seasons, United’s need to win the race for Upamecano is perhaps the greater.

The French defender would undoubtedly be an excellent acquisition and could be the catalyst for a shift in the balance of power in Manchester.