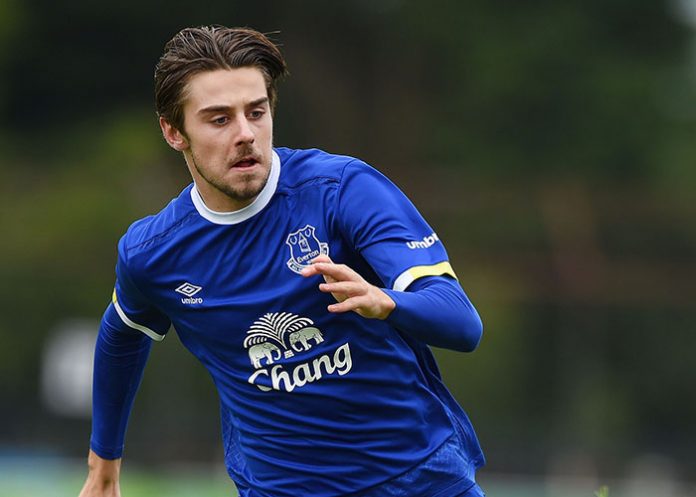 David Unsworth has suggested to the Liverpool Echo that exciting young winger Antony Evans will leave Everton in the January transfer window, either on loan or permanently.

The 21-year-old winger is a bright young talent and has been in fine form for the Everton U-23 side. He has scored three goals and provided four assists for Unsworth’s side in seven appearances in Premier League 2 this season.

The young winger was one of the top performers for Everton during their recent 2-2 draw against Manchester City, where he scored an excellent free-kick on Friday evening.

However, he has now entered the final 12 months of his contract at Goodison Park, and Unsworth believes that the youngster will leave the club.

“I still think it will materialise, I just think it will be in January because he’s producing levels of performance and he’s scoring goals now,” Unsworth said. “It gets his name on the sheet, his profile raised and I think, I’ve no doubt, that he’ll get a move.”

Evans is a very good young talent and has the potential to represent the senior side. However, the senior Everton squad has loads of quality attacking midfielders and as such he would struggle to get into the side.

He is technically very strong and could be a very good player for a Championship side. Evans has impressed for Morecambe and Blackpool during his loan spells, and a permanent move to the Championship cannot be ruled out either in Janaury.