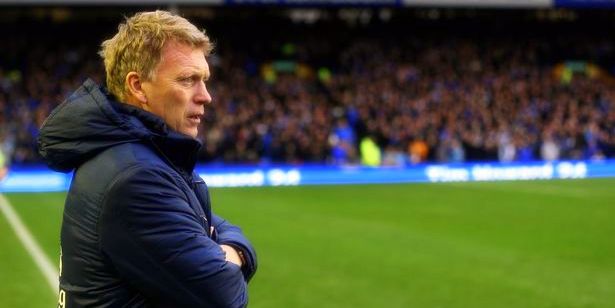 Read part one of this interview here.

In the interview, David Moyes talks about the influx of the new TV money, the Manager of the Year and the other 19 managers in the Premier League.

Question: How will the huge influx of new TV money affect the game – do you think we will see increased spending on players this summer?

David Moyes: I do think we will see some increased spending on players this summer. I think the new money will give clubs the feeling that they have to try and use it.

The clubs in debt might use the money to pay off their debt, but I think the bigger implications this year will be the wages. With the new rules coming in clubs might not be able to pay the wages for new players.

Q: The LMA Manager of the Year award is announced on May 20. We won’t ask who you voted for as the process is confidential, but could you give us an indication as to which managers have impressed you in general this season?

DM: There have been a lot of really good performances. The one that springs to mind for obvious reasons is Sir Alex Ferguson who has won the league again. AVB at Spurs has had a season where they have competed and done well. Swansea have been terrific, Michael Laudrup has been excellent in his first season there.

Steve Clarke has had a very good season at West Brom as they have never really at any time looked to be in any danger at all and always been a stable club. Along with them Roberto Martinez has taken Wigan to an FA Cup so there are a lot of people who have done good jobs.

If you work in the Premier League it is always tough to be successful and I think all of them have been.

Q: Is the job of a Premier League manager harder than it has ever been?

DM: It is a great job, we are very lucky and very privileged to be in this position. I do think that the job is getting tougher with the money coming into the game and media attention.

This means more demands are put on the manager and results are required quickly, because of this it is making the tenure of any manager shorter. This all makes the job harder.

Q: There have been a few sackings that have caused controversy this season – is patience now too rare a virtue in the top flight?

DM: If you can have patience and you do give your managers time in a lot of cases it does work. There will however be a lot of cases which prove that the change of manager has made a positive difference and that does happen.

I really don’t believe that chairman employ a manager for the short term. There may be one or two of course but most employ managers with the idea that they have got the manager in for a good period of time and install some stability to the club and plan for the next five or six years.

Q: Which managers do you think are showing a lot of promise in the lower leagues?

DM: Off the top of my head I don’t know if I have the answer for that. It was great to see another Scotsman in Malky Mackay doing so well. I think Eddie Howe has done a great job getting Bournemouth promoted. Martin Allen at Gillingham also has got them promoted.

It is always easy to name managers who won promotion but there are a lot of managers down there with small resources that have done incredible jobs avoiding relegation and a lot of the time that goes unnoticed.

It is tough to single out one as there are so many doing a lot of good work.