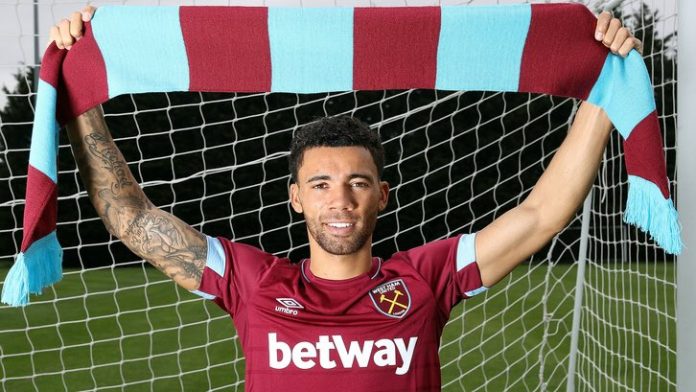 The Hammers have officially confirmed that Fulham’s dynamic right back Ryan Fredericks has joined the club on a four year deal.

The 25-year-old was one of the key players for Fulham last season, and he will officially join the Hammers on 1st July.

He arguably enjoyed the best season of his career last campaign,  having won promotion to the Premier League and having been named in the PFA Championship Team of the Year.

Gold has taken this opportunity to welcome him at the London Stadium on social networking site Twitter. He tweeted:

I’m pleased to welcome
former Fulham full-back 25 year old Ryan Frederick who was named in the PFA Championship Team of the Year last season, will join us on on a four-year contract. Congratulations Ryan and good luck. dg pic.twitter.com/FJ50bhLZ7x

Fredericks was ever present last season and only missed four of Fulham’s 52 matches in all competitions, keeping 15 clean sheets and registering seven assists in Jokanovic’s attack-minded team.

West Ham fans are elated with their first signing of the season, and fans congratulated Gold for getting the deal done. Here are some of the best reactions:

Good signing DG it finally feels like we are heading in the right direction. Much work ahead though.

Great signing , welcome to the club !

Good signing DG. Good start, now let’s continue it with some more quality that will improve the first team.