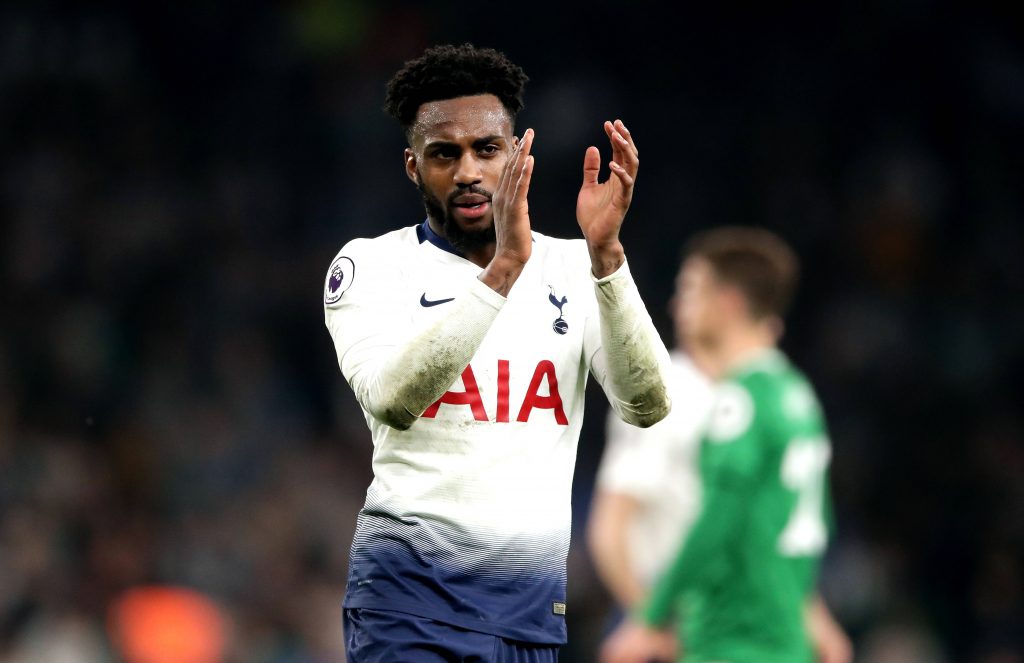 The Club can confirm the departures of Danny Rose and Paulo Gazzaniga following the conclusion of their contracts.

We thank Danny and Paulo for their service and wish them well for the future.#THFC ⚪️ #COYS

The 30-year-old spent his last season at the club training with the youth teams, having been omitted from Spurs’ Premier League and Europa League squads by former manager Jose Mourinho.

Rose fell out with the Portuguese in 2019-20, leaving temporarily for Newcastle United in January 2020.

The former England international has not played a competitive game since last summer and would have wished to leave Tottenham on a high note.

Rose spent some of his last hours at N17 watching the young academy players at the club’s home stadium last night, giving them some advice after the game.

Spurs fans were impressed after former youth player and academy coach Sam Cox shared a picture of the defender with the youngsters on Twitter, with some of them reacting thus:

Absolute HERO! Always gave 110% ,best left back in Britain for years.
Good Luck Danny every success to you and your family! 👍👍👍

It’s a shame he never got the recognition from the club (and arguably the fanbase) that he truly deserved.

Can you tell him “Thank you” from the fans? Danny always came across very human, with positives and negatives like all of us! But he was always real! So thank him for the footballing moments we saw and (like you highlight) all the other positive things we didn’t! #COYS

Class. Very few players have shown his level of understanding of what the club means to the fans & also quality by offering their experience to those starting their journey.

It is a travesty that the fans couldn’t have shown their appreciation to him via a testimonial.

Rose joined Tottenham from Leeds United in July 2007, establishing himself as a key player under boss Mauricio Pochettino in 2013-14.

He featured in 156 Premier League games over 11 seasons, scoring eight goals and 11 assists.

Rose made the PFA Team of the Year in 2015-16 and 2016–17 after impressive campaigns, but a knee ligament injury he suffered against Sunderland in January 2017 ruled him out of the season.

He returned to first-team training in October 2017 and has struggled to reach his former heights ever since.

Rose will not be short of suitors in the top-flight this summer, and Spurs fans will be keeping an eye on their hero in the future.

In other news, Spurs could look to sign Champions League-winning French manager.