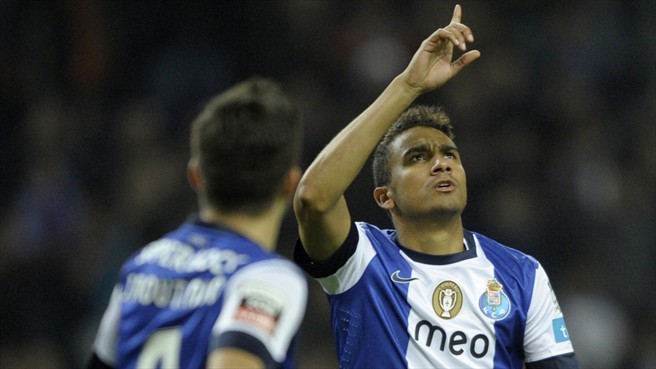 FC Barcelona are keen to bolster their defensive ranks with the signing of FC Porto full-back Danilo.

Brazilian, Dani Alves is into the final year of his contract at Barcelona and looks certain to leave the club during the summer transfer window. The Porto defender has been identified as a long term successor for Alves, after the likes of Montoya and Douglas failed to impress Luis Enrique.

Despite covering the position in the summer, Enrique has not been impressed by the contributions of new signing Douglas. The former Sao Paolo man has been inconsistent and erratic for the Catalan giants so far.

Meanwhile, La Masia graduate Martin Montoya, who was certain to replace Dani Alves in the long run has grown frustrated with the lack of games over the last couple of years and is determined to leave.

Recent reports coming out of Portugal and Spain have confirmed Barcelona’s interest in Danilo. Portuguese publication A Bola claim that the Catalan giants are keen to tie up a deal for Danilo amidst the full-back crisis.

Attacking full back Danilo, is the most expensive defender in the history of Portuguese football after Porto signed him for 13 million from Santos, in 2012. The Brazilian has been ever present for the Portuguese outfit since then and has attracted plenty of interest with his performances since then.

The full back crisis at Barcelona has been there for the last couple of years and the manager has tried all of his options this season, including the decision to play Pedro as a full back, in order to add some attacking edge to his side.

It is understood that Porto are not willing to part with their prized asset in January, however Barcelona remain confident that an offer in the region of 20 millions euros could get them their man.

Barcelona were hit with a transfer ban earlier this year, but the Catalan giants remain optimistic that the FIFA ban will be overturned in their next hearing, enabling them to sign players and strengthen their team.