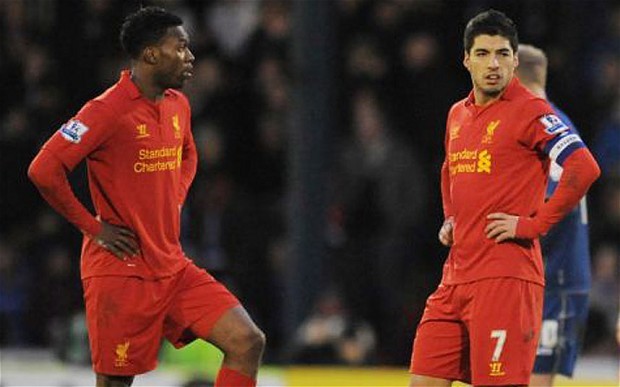 Liverpool face Stoke City today in the first Premier League game of the 2013/14 season. Home advantage is expected to play into their hands, and the Merseyside outfit are firm favourites for victory.

They will be without last season’s top goalscorer Luis Suarez right – who is serving six more games of a ten-match ban from the end of the 2012/13 campaign.

With the Uruguayan missing out, and having said he previously wanted to leave the side, Liverpool’s second top-scorer Daniel Sturridge left is hoping to show the supporters he can be the new number one striker this season.

Although injuring his ankle while on international duty against the Republic of Ireland, the 23-year old has boosted his match fitness in a recent friendly against Newcastle – grabbing a brace in a 3-1 victory.

Summer signing Iago Aspas could be in contention to start up front if Sturridge fails a late fitness test, so Liverpool could be light on attacking options.

Daniel Sturridge has eyes on the 2014 World Cup next summer, and is keen to play as many games as possible to keep himself in contention of making the final squad.

He joined Liverpool from league compatriots Chelsea during the January transfer window last season, and went on to score 10 goals from 14 Premier League games.

Prior to joining the Reds, he scored 24 goals from 96 games while playing primarily as a wide player for Chelsea.

This season, he is being tipped for great things for the Merseyside outfit.

‘He’s a really outstanding talent and has all the tools to be a leading marksman at this level. With his power, his pace, his quality and his finishing, I believe he can be up there. This year is important for him. He needs to score goals and create goals. If he does that, while working hard, I think England will have one of the top strikers in the Premier League.’ – Liverpool manager Brendan Rodgers.

From what the England international showed last season at Liverpool, he’s certainly a dark-horse to win the golden boot for the 2013/14 campaign.