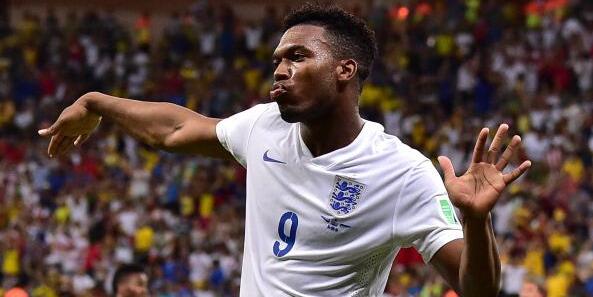 Liverpool have received a fresh injury blow ahead of their Premier League clash against QPR on Sunday.

Daniel Sturridge, the Liverpool striker, has suffered a calf-injury on his return to training, having missed past five Premier League games due to a thigh strain picked up on England duty.

As a result of this new injury, Sturridge is likely to miss out at least two weeks of action, and in the worst case scenario, he could be on the sidelines for up to four weeks. He would not only miss Liverpool’s away trip to QPR and Champions League double header with Real Madrid but could also miss England’s Euro 2016 qualifiers.

Brendan Rodgers spoke about Sturridge’s importance to the side earlier and his latest injury will only add selection headache for the Reds manager.

Most importantly, he needs to make a strong decision – whether to continue with Mario Balotelli as a lone striker (a role the Italian striker is not comfortable with) or play the diamond using either Fabio Borini or Rickie Lambert as a second striker.

Liverpool have struggled badly in absence of Sturridge, having won only one match, a 2-1 victory over West Bromwich Albion two weeks ago.

The goals have dried up, while creativity upfront that made Liverpool such an entertaining team to watch last season has been missing as well. Most importantly, Liverpool have looked like a club bereft of a structural identity. Balotelli has struggled badly as a lone striker, while Rodgers is not keen to use diamond with Borini or Lambert up front either.

Should Rodgers play Balotelli up front? Should he give chances to Borini or Lambert? Have your say below…