A number of standout games yesterday caught my attention, with Real Madrid’s unrelenting 9-1 victory over Granada propelled to headlines across the Europe’s press.

Cristiano Ronaldo ended any fears that he has gone off the boil with five goals, but after Barcelona beat Celta Vigo 1-0 in a cagey encounter last night, a renaissance from the capital city side may well have come too late.

Meanwhile, Newcastle lost their fifth straight Tyne-Wear derby against rivals Sunderland at the Stadium of Light 1-0 and look like a shell of a football club currently.

Despite injuries taking their toll for John Carver’s men, a tame performance in a derby highlights the need for wholesale changes this summer.

Real and Ronaldo hit Granada for nine, but is it all too late?

If Barcelona thought that the La Liga title was theirs after defeating Real Madrid in the Clasico recently, they were given a stark remainder of the quality of their perennial nemesis yesterday.

A resurgent Madrid piled misery and goals on a modest Granada side, netting nine and making quite the statement to suggest they are not ready to throw in the towel just yet.

Ballon d’Or holder Ronaldo scored an eight-minute hat-trick on his way to netting five goals in a single match for the first time, overtaking Lionel Messi in the individual race for the Pichichi in the process.

However, despite the show of strength from Carlo Ancelotti’s men, Madridistas should not get too carried away just yet.

Barca put six past the same opponent at home earlier in the season and hold all the aces in the battle to be crowned Spanish champions in 2014-15.

Defeats at the Camp Nou, Mestalla, Vicente Calderon and San Mames since the turn of the year have derailed Madrid’s season and although Barcelona were not at their best against Celta, it remains to be seen where the Blaugrana will drop points to allow the European champions back into contention.

Madrid will hope that the current leaders slip-up away to Sevilla and Atletico or at home to a much improved Valencia, but Barcelona are firm favourites to win the title – despite Madrid’s goal glut.

Newcastle a shambles in derby defeat

The hosts are firmly in a relegation dogfight and did not play a brand of football that suggests they are good enough to get out of it, but wanted the three points much more than the underwhelming visitors.

Although Carver has injury concerns currently and the Tyneside club are down to their bare bones, especially in defence, most of yesterday’s travelling support would agree that wholesale changes are needed at St James’ Park this summer. 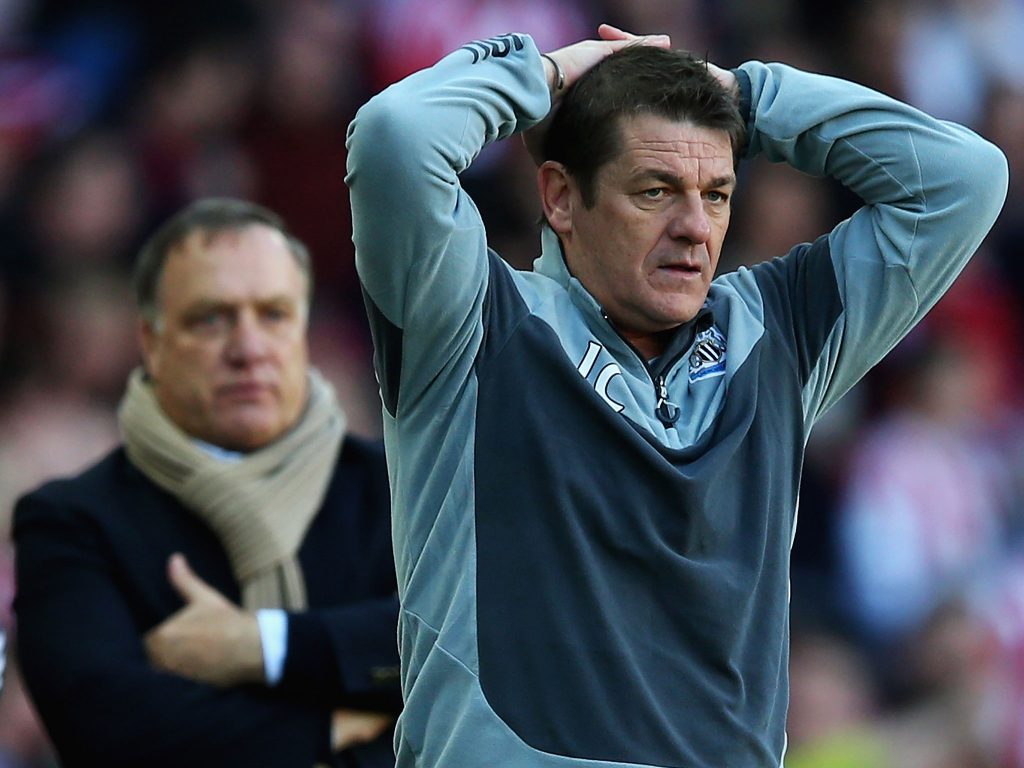 Carver has done himself no favours in the running to become the club’s manager permanently but the majority of blame for poor recent performances must lie with the players.

Newcastle only managed one shot on target all afternoon in the derby clash, which did not come until 12 minutes from full-time.

The Geordies were consistently beaten in the midfield battle, with key man Moussa Sissoko failing to inspire his side.

The amount of deadwood in the Newcastle squad currently is significant, with an argument to suggest that up to half of the current playing contingent could and should be sold this summer.

Mike Ashley and the decision makers are also culpable, especially as when their team are forced to play a midfielder at left-back and a full-back at centre-half, Italy international Davide Santon and Mapou Yanga-Mbiwa are starting regularly for Inter and Roma respectively while on loan in Serie A.

Despite the Tyneside club’s fans having lofty expectations, it is hard not to see the doom and gloom around Newcastle currently.

Given their current abhorrent run of form, staying in the Premier League could well be a matter to be addressed soon with Liverpool, Tottenham and Swansea next up for the misfiring North Easterners.