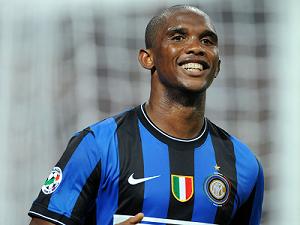 Jose Mourinho and Inter Milan begin the quarterfinal round of the UEFA Champions League against Russian side CSKA Moscow.

Mourinho is looking to finally bring European success to Inter Milan, who haven’t won the European Cup/Champions League the 1960’s. CSKA has won the UEFA Cup but is now looking for their first semifinal in the Champions League. Inter will be favored in the match, especially with the home crowd at the San Siro. Some are questioning how they will perform in Wednesday’s match with their recent form in the Serie A (1-2-2 in their last 5 matches).

CSKA has just started their domestic league season and is 2-1-0 in three matches. They are led in scoring during the Champions League by Milos Krasic who has four goals and Alan Dzagoev who has three goals. Inter Milan’s top scorers are Samuel Eto’o, Alberto Diego Milito, and Dejan Stankovic all with two goals each.

Inter Milan will want at least a one goal lead heading to Russia for the second leg. Moscow is a tough place to play and one of the stadiums in Europe that has FieldTurf instead of natural grass. Mourinho has made all the right moves in the Champions League and Wednesday should be no different. While it might only be a one goal win, Inter will get the lead heading into the second leg.

Inter Milan will win the match 2-0.