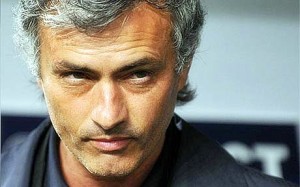 Inter Milan holds a slim 1-0 lead after the first leg over CSKA Moscow with the second leg heading to Russia.

CSKA will have a few home field advantages which include an earlier start time than normal (17:30 GMT instead of 19:45 GMT) and the artificial surface at the Luzhniki Stadium. It will be a tricky match for Inter Milan with only a one goal aggregate lead heading into the match.

Inter Milan comes into the match leading the Italian Serie A by a single point. Speculation continues to surround the club about manager Jose Mourinho’s future. His recent comments suggest that he is unlikely to return to Inter next season and could be headed back to England.

Inter Milan will not play an open and attacking style but instead play for a low scoring (0-0 or 1-0) match. Their road win at Stamford Bridge showed they are capable of winning in hostile environments. Unlike recent seasons, Inter are finally showing they are capable of winning the Champions League. CSKA is a tough team and won’t quit but Inter Milan will be advance. A 0-0 or 1-1 scoreline seems most probable.

The match will end in a 1-1 draw and Inter Milan will advance 2-1 on aggregate.