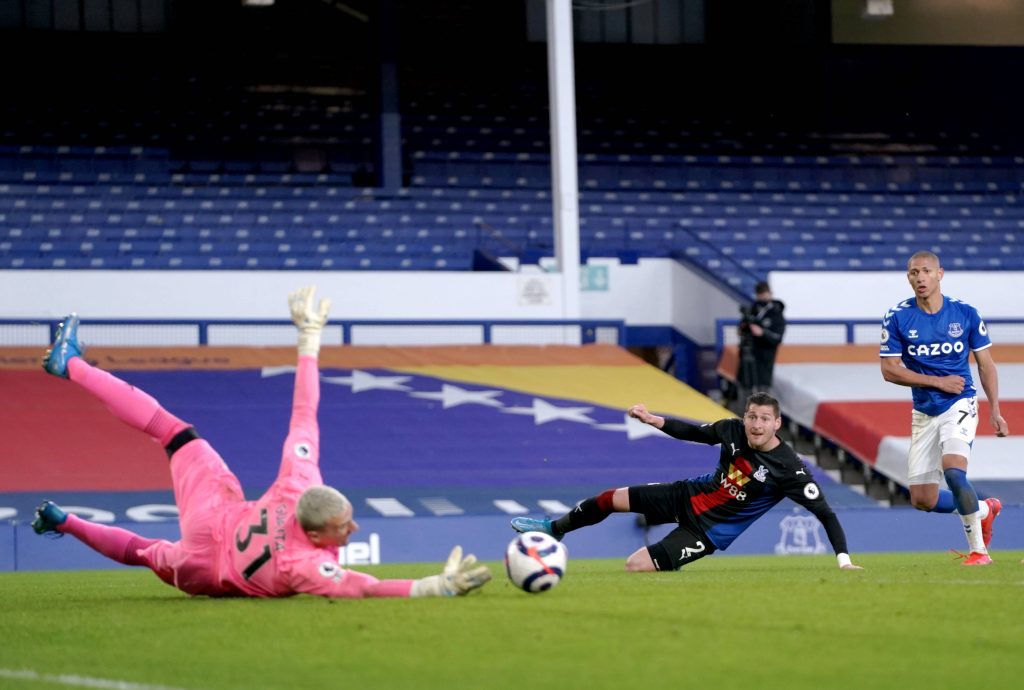 Some Crystal Palace fans on Twitter expressed their delight after a stunning goalkeeping display from Vicente Guaita against Everton in the Premier League on Monday.

Guaita had a fantastic game at Goodison Park, keeping the Toffees at bay with a string of quality saves before James Rodriguez netted from an acute angle before the hour mark.

Palace eventually grabbed a point as Michy Batshuayi scored coming off the bench in the 86th minute, but they had to thank their goalkeeper for the stalemate.

Before the equaliser, Guaita showed superb reflexes to tip Richarlison’s scuffed effort over the bar.

At 1-1, the Spaniard denied Richarlison again with another diving save towards his right.

Over the course of 90 minutes, Guaita came up with as many as six saves which ensured that Palace got something out of the game.

He was undoubtedly the man of the match, and a few of the club’s faithful heaped praise on him for his stunning performance on Merseyside.

Respecting that point. Yes they had lot of chances, & yes Guaita was absolutely brilliant, but if you don't take them that's what happens. Positive attitude after going 1-0 down to get back in game. Excellent pass by Jeff & same with finish by Bats. 🔴🔵⚽️#cpfc

Guaita was magnificent, but looved the Mateta, Zaha, Eze, Schlupp Batshauyi linked up it gave us pace and has me on the edge of my seat that second half at least.

We are so lucky to have Vicente Guaita.

Not sure what to make of that game. Best #cpfc have played attacking-wise in ages, but for Guaita we would have been thrashed! Respect the point 😃

The 34-year-old has produced several standout displays for the south London club in the past, but this could go down as one of his best performances.

Aside from Guaita’s performance, there were other positives from the game including the late goal from on-loan striker Batshuayi.

The Chelsea loanee has had a tough campaign where he has struggled for playing time, but he showed his class with a crucial goal.

He will be hoping that the strike changes the opinion of manager Roy Hodgson, and he can start regularly for the rest of the season.

Read: Rio Ferdinand predicts where Liverpool will finish in the Premier League this season.