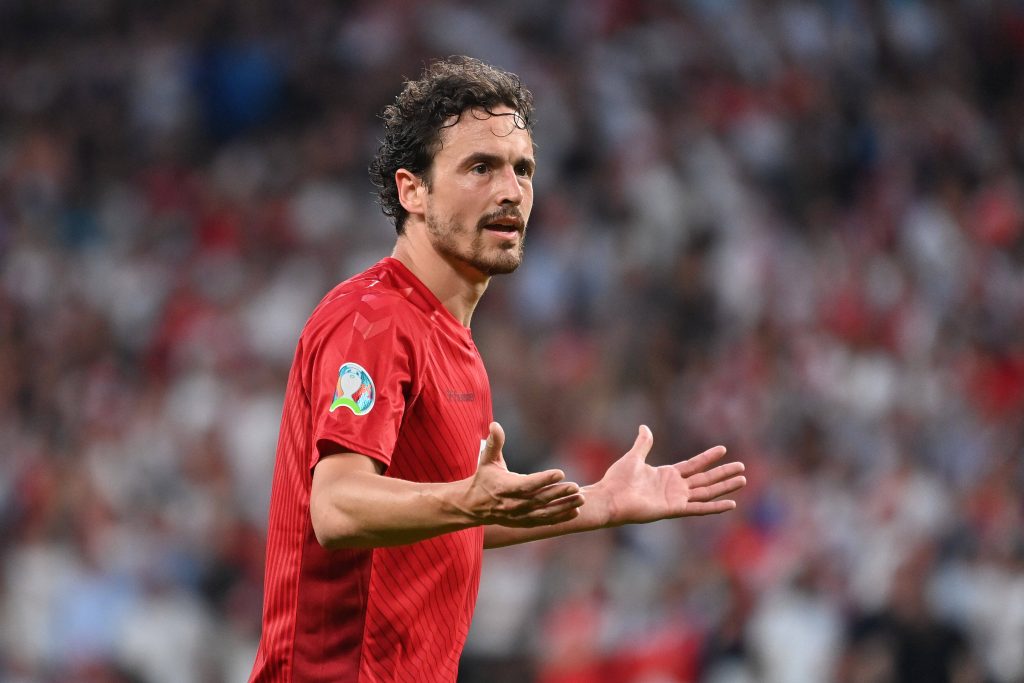 The Denmark international has entered the final year of his contract with the Bundesliga outfit, and he has yet to put pen-to-paper on an extension.

The club are weighing up his potential exit, and it is reported that Palace and Southampton are vying to lure him to the Premier League this summer.

Delaney has struggled with injuries during his three seasons at Dortmund, but he has still registered four goals and 11 assists from 86 outings.

The 29-year-old has been a solid presence in the holding midfield role, but there are concerns over his playing time ahead of the new season.

With competition from Jude Bellingham, Axel Witsel, Emre Can and Mahmoud Dahoud, he is probably eyeing a new challenge with guaranteed game time.

Palace have had an impressive summer. They have added quality young signings in Marc Guehi, Michael Olise and Conor Gallagher (on loan).

They have also signed an experienced face in Joachim Andersen. Delaney would be another solid upgrade with his big-game experience for club and country.

The London outfit are likely to face direct competition from Southampton, who may have more funds in the transfer kitty after their minimal spending.

They have signed just one new player in Romain Perraud from Stade Brest. There is bound to be more activity in the final month of the transfer window.

Delaney, who has 60 international caps for Denmark, could be available for a knockdown price. He is valued at £13.5 million by Transfermarkt.