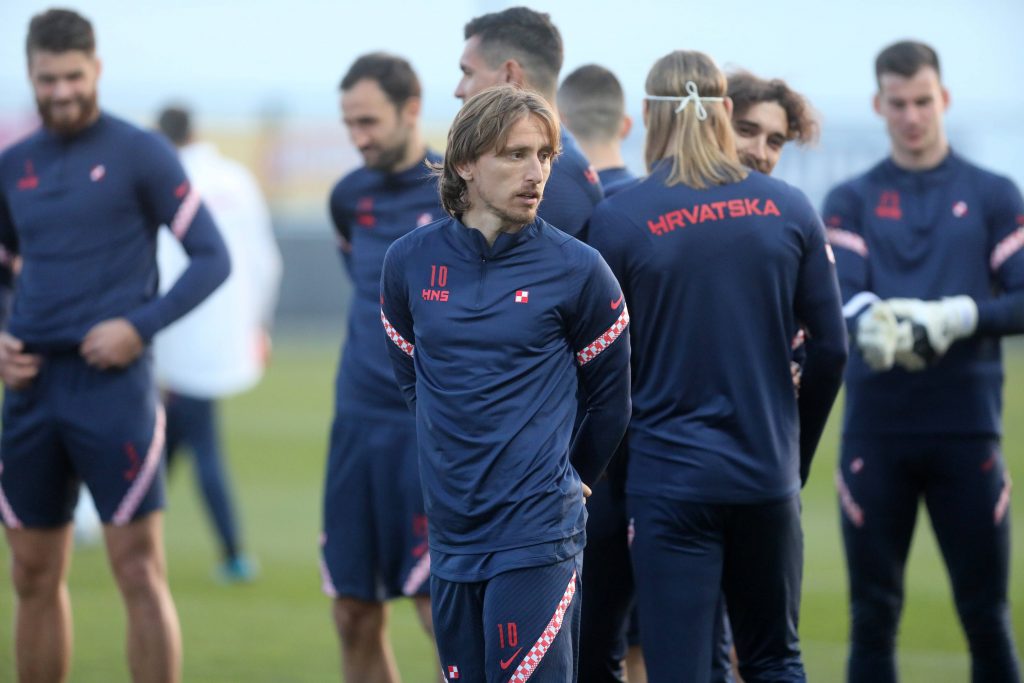 The Croatia Euro 2020 squad was announced recently, as national team boss Zlatko Dalic compiled a list of 26 players that will feature for the 2018 FIFA World Cup runners-up at the upcoming European Championships.

Croatia will undergo a few changes compared to the team that lost 4-1 to France in the World Cup final in Russia.

Some of the nation’s most prominent names have called time on their international careers after returning home from Russia.

Danijel Subasic, who was in goal when the Blazers played Les Bleus three years ago, has retired from international football.

Taking his place between the sticks will be the current Dinamo Zagreb shot-stopper Dominik Livakovic.

In defence, Lokomotiv Moscow veteran Vedran Corluka has also decided to withdraw himself from international football following the World Cup in Russia.

Borna Barisic, who played a prominent role in Rangers’ march towards the Scottish Premiership title under Steven Gerrard, will make his tournament debut.

Another change from the World Cup is Domagoj Bradaric, the attack-minded left-back currently on Lille’s books.

As expected, Luka Modric, Mateo Kovacic and Marcelo Brozovic will line up in Dalic’s three-man midfield.

Despite enduring an injury-hit second half of the season, the Chelsea playmaker has made the squad.

The most notable absence in midfield is Ivan Rakitic. The Sevilla star was Modric’s long-standing partner before announcing his international retirement in September 2020.

Joining Rakitic on the list of high-profile absentees is AC Milan’s Mario Mandzukic. The second-highest goalscorer in the history of the Croatia national team with 33 goals announced his decision to stop playing for his country three years ago.

Mislav Orsic of Dinamo Zagreb, who almost single-handedly eliminated Tottenham Hotspur from the Europa League this season, will fill the void left by Mandzukic’s retirement.

Orsic has been nothing short of outstanding for Zagreb this season. The 28-year-old has clocked up 24 goals and nine assists in 51 matches in all competitions, mainly operating as a left-winger.

He made his international debut in September 2019 but has since failed to score in an official game for Croatia.

However, he has tallied two goals in international friendlies, most recently scoring in a 3-3 draw with Turkey in November 2020.

As ever, everything will depend on Modric. The Ballon d’Or winner is the beating heart of Dalic’s side and has an immense influence on the team both on and off the pitch.

At the age of 35, Modric is likely to be playing his final tournament and will be desperate to shine for the national team on the big stage one last time.

He captained his side in all eight qualifying matches, tallying two goals and an assist.

His country’s captain and record appearance-maker, the Real Madrid dynamo will hold the keys to Croatia’s attacking movements.

Since the dissolution of Yugoslavia in the final decade of the 20th century, Croatia have failed to qualify for the Euro finals just once in seven attempts.

However, the Blazers have never progressed past the quarter-finals. Back in the most recent tournament, they bowed out to Portugal in the round of 16.

This time around, they go up against England, Scotland and the Czech Republic in Group D.

England fell victim to Croatia’s run to the 2018 World Cup final, having suffered heartbreak in the semi-finals despite going up early in the game.

Although many people see them as favourites to reach the knockout phase alongside the Three Lions, the Croats have never defeated Scotland in a competitive match, losing both their previous meetings without scoring.

As was the case in France, the Blazers are paired together with the Czech Republic in the same group.

They were held to a 2-2 stalemate back then, their only draw in the group stage next to two victories.