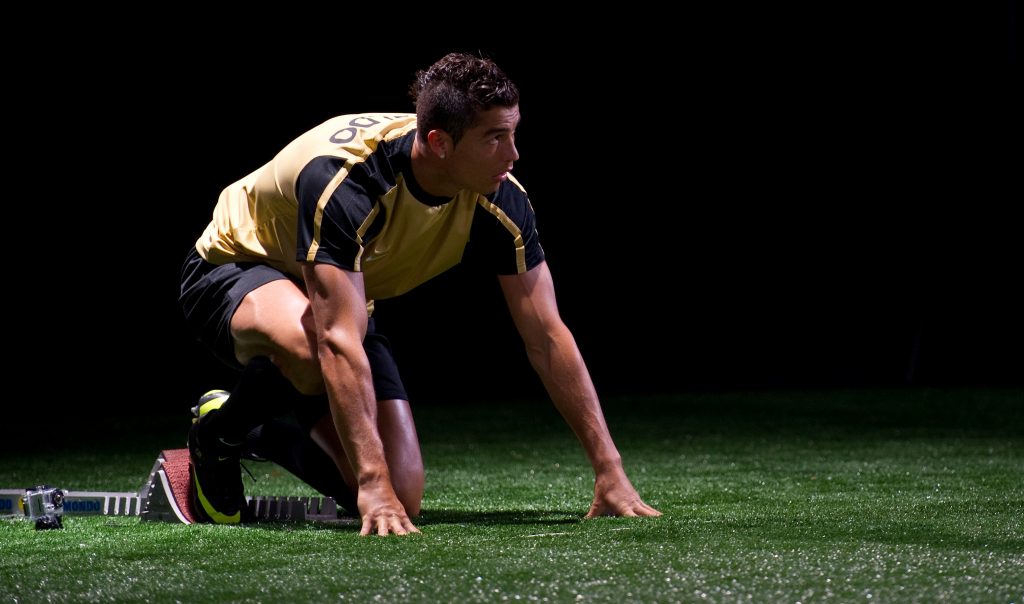 In an innovative documentary, Castrol pushed Cristiano Ronaldo to the limit in a series of tests designed to measure Ronaldo’s footballing skills, strength, agility and mental toughness.

It is arguably the most rigourous scientific examination of a football player ever taken as Ronaldo (a Castrol global ambassador) is literally tested to the limit – our inside sources told us of how, after several hours of grueling tests, Ronaldo was almost ready to collapse from fatigue but still managed to put in 110% in every single test he was presented with.

The documentary aims to give football fans an exclusive insight into what makes him one of the best footballers of his generation. Highlights include:

Using ultra slow motion and high impact CGI, and including a series of interviews with football experts including Fabio Capello and Arsène Wenger, the film-documentary aims to give viewers unrivalled access (and insight) to Ronaldo.

It’s a fascinating idea – when I first heard about the film, the football geek in me immediately wanted to pore over the data collected from the tests and see how Ronaldo had done in various tests. Recently here at Soccerlens we’ve been comparing football with other sports and looking at how little statistical analysis is done of a player’s performance on a game by game basis. Also, given how the game as evolved in the last two decades on a physical level, it’s important to be able to measure the physical attributes that give the top players like Ronaldo an edge over their opponents.

The global premiere of the film took place last Wednesday in Madrid before it was aired on Sky (and other TV channels around the world) on Thursday. Here are some clips (including a behind the scenes video) as well as photos from the documentary itself: