Portugal played out a goalless draw with Greece today at the Estadio Da Luz in Lisbon, the stadium where, last week, Cristiano Ronaldo played and scored in the Champions League final for Real Madrid against their local rivals; but today, he chose to sit out the game in the same location, this time for his country. 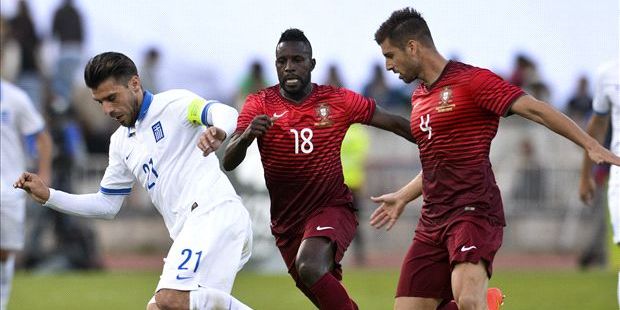 This week the thrills were fewer and further between, only five shots on target being managed by both teams combined, 80% of which fell to the Portuguese.

Despite missing out against the Greeks, fifty-one goal Ronaldo is not expected to be in doubt for the World Cup, with his absence more of a precautionary measure. It is likely he will continue to miss Portugal’s warm-up friendlies, against Mexico and Republic of Ireland, aiming to cement his return when Portugal begin their World Cup against Germany, a game that he will be very much needed by his nation.

Portugal manager, Paulo Bento, took the decision not to take any chances with his key man, leaving him out of training and today’s match, and telling press:

“He will be with us but he will not compete.”

Bento didn’t give any solid response on the risk of Ronaldo’s niggling injuries from the end of last season keeping him out of the World Cup opener, but it is generally felt he will be on the pitch on June 16th…

“I don’t think so but I have to consider every scenario.

“What I don’t want to do is put any sort of pressure on a player that causes them to compete when they are not in a the right state to do so.

“We’re not setting any deadlines. The player’s well-being comes first. I want him to be in the best possible form without running any risks.

Ronaldo’s Real Madrid teammate Pepe also missed the Greece stalemate, having spent a while on the sidelines with a calf injury, but is also expected to make a recovery in time for the World Cup.

Portugal’s second Group G game is against the USA in Manaus on June 22nd and they round off the group stages against Ghana on June 26th in Brasilia.