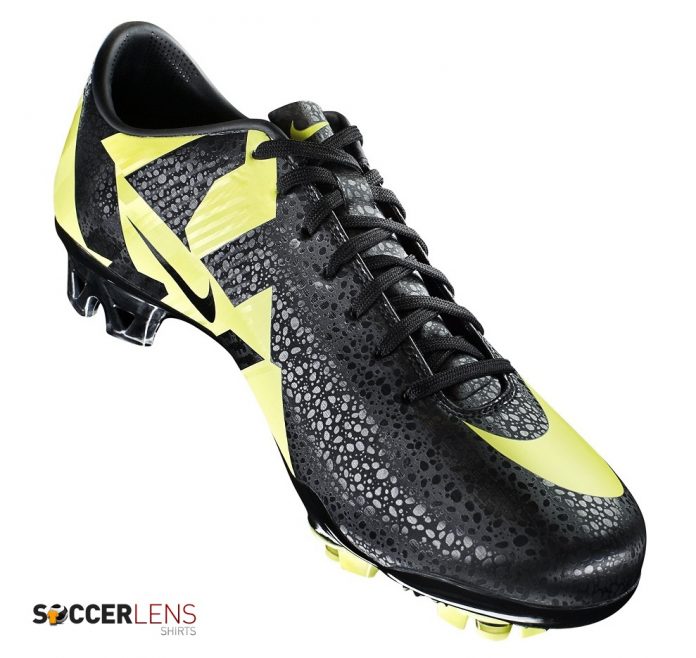 Real Madrid are heading towards a big, big month. Starting from this weekend’s El Clasico at Santiago Bernabeu. Followed by the Copa del Rey only three days later against the same opposition, Barcelona.

Then on 27th April, Madrid will host the Catalan giants once again – this time for Champions League – return leg will be played on 3rd May.

It must be noted that in the last five meetings, the capital club faced horrible losses – including the 2-6 beating at home in 08/09 and 5-0 beating at Nou Camp.

Jose Mourinho and his men surely need some special preparation to overcome the fear of Pep Guardiola’s tactics.

Nike has done just that. Just prior to stepping on the field against Barca, they have handed Cristiano Ronaldo, his first signature boot and a high-performance innovation that is the hallmark of Mercurial: the CR Mercurial Vapor Superfly III.

Before we talk more about CR’s football boots, read the Cristiano Ronaldo Interview about the upcoming month.

Inspired by the Nike Air Safari running shoes introduced in 1987, Cristiano Ronaldo’s signature boot features a striking black-on-black safari print that has been reinvigorated on the second evolution of CR’s football boots, wrapping the entire boot and laces for a bold blacked-out effect, with a distinctive volt green geometric pattern on the heel and the trademark swoosh wrapping the forefoot.

The former Manchester United man will debut the CR Mercurial Vapor Superfly III during the much awaited El Clasico this Sunday, the April 17th.

The boot features a unique adaptive traction system where designers incorporated adaptive studs in the forefoot that can extend and retract up to 3 mm, based on ground conditions and the pressure exerted by the player. 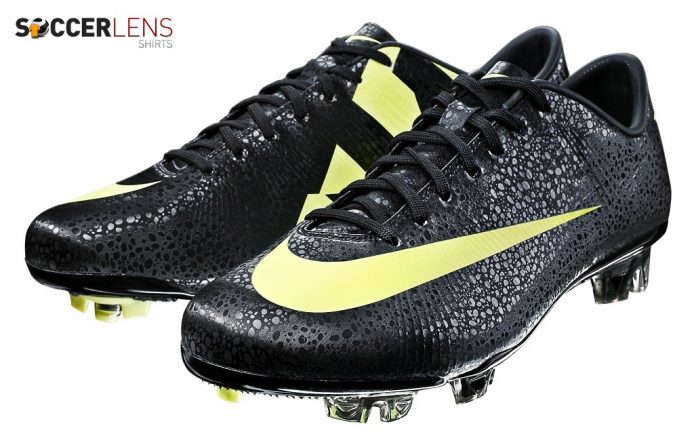 The boot delivers superb traction and responsiveness to ensure one of the fastest players in the world capitalizes on the tightest scoring opportunities.

Quick changes of direction are made possible with the directionally positioned blades, while secondary toe traction provides added toe-off power for the critical first steps. 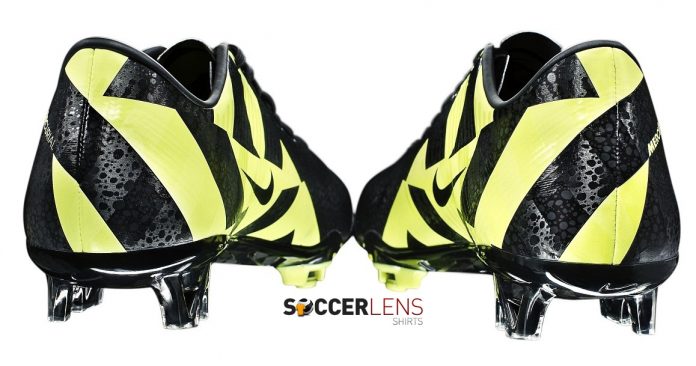 The new boot will available at retail globally and online at Nike Store from May 1st, 2011. 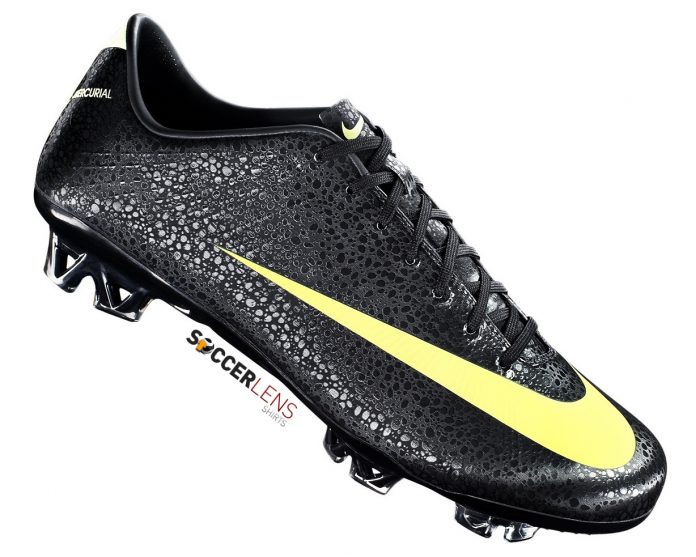 Finally, here’s a video of Cristiano Ronaldo introducing the new CR Mercurial Vapor Superfly III and talking about how he feels about his football boots. Also read his complete “El Clasico’s ahead” interview.