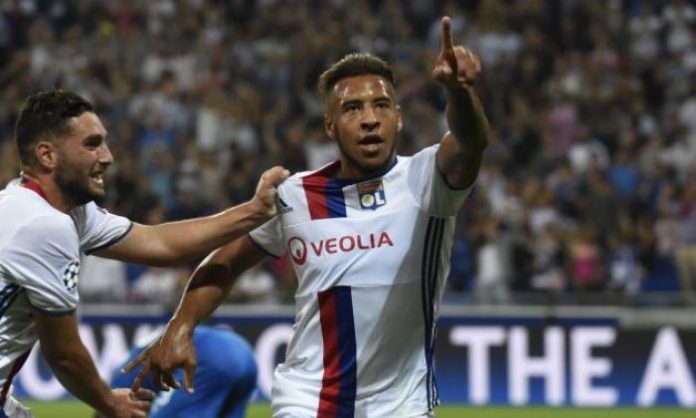 French midfielder Corentin Tolisso has fuelled further speculations about his future at Lyon with his comments in a recent interview.

The Lyon star claimed that he dreams of playing for clubs like Real Madrid, Barcelona, and Arsenal.

The 22-year-old is a regular member of the Lyon first team and is being monitored by several European clubs since breaking into the first team scene with the Ligue 1 club in 2013.

Arsenal have been linked with Tolisso in the past and the player’s comments will come as a boost to Wenger in case he is still interested.

“Many clubs make me dream like Real Madrid, FC Barcelona, and England with teams like Arsenal. I love the Premier League and I think I have the profile. This is the championship that also offers more competition, which is the most open, the most contested, and most spectacular.”

Arsenal could definitely use another central midfielder especially if they get rid of Jack Wilshere in the summer. Furthermore, Santi Cazorla is out of contract at the end of the season as well.

In that case, Tolisso could be a shrewd addition to the side and is unlikely to cost a lot. Tolisso can also play as a right-sided full-back.

Tolisso is regarded as one of the most talented young players in Ligue 1 right now and has the talent to develop into a top class football under the tutelage of Arsene Wenger.

The 22-year-old has played 93 times for Lyon so far and has scored a total of 16 goals during that period.