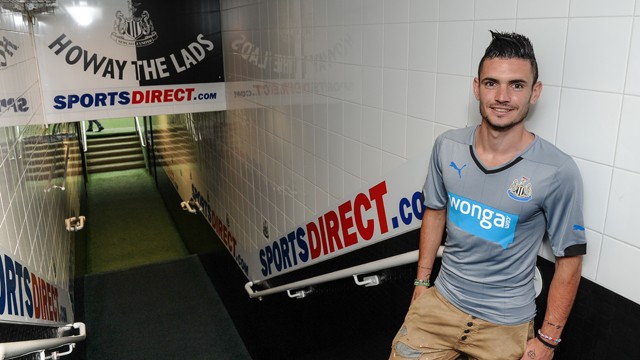 Newcastle United have completed the deal in signing Remy Cabella from Montpellier. The 24-year-old French international has agreed to join the Magpies on a six-year deal.

“Newcastle United have completed the signing of attacking midfielder Rémy Cabella from Montpellier,” a statement read on Newcastle’s official website.

“The 24-year-old French international, who can play on either flank or in a central role, has put pen to paper on a six-year contract at St. James’ Park and arrives for an undisclosed fee,” it added.

Meanwhile, Newcastle manager Alan Pardew has also hailed the Tyneside club’s latest acquisition and has backed Cabella to excite fans with his performance.

“Remy is a player who has been on our radar for a while and we are delighted to bring him to the Club,” Pardew said.

“He is a player who I am sure will excite our fans. He has flair, hard work and commitment, and is going to bring a talent, energy and quality to St. James’ Park that our supporters will enjoy.”

“Remy has great ideas when the ball comes to him, and along with Siem de Jong is going to improve an area where we definitely needed some help,” Newcastle manager added.