Tottenham welcome Chelsea at the White Hart Lane in the lunch time KO, looking to cement their position at the top of the league. Spurs are joint-toppers in the league, with four victories out of five matches.

Chelsea defeated West London rivals Fulham last weekend and will be looking to add yet another victory against their London rivals. The Blues particularly have a great head-to-head record against Spurs in all competitions. 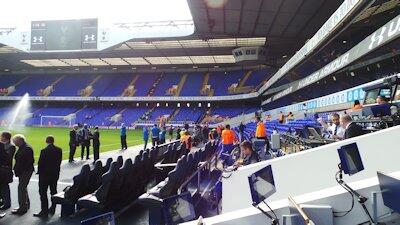 The build-up to the London Derby has largely been occupied by two manages who were once used to be good friends but they don’t share any cordial relationship any more. Villas-Boas publicly claimed that he doesn’t keep any contact with Mourinho, while the Portuguese returned with sharp riposte that he doesn’t care what Spurs boss has to say.

No Danny Rose for Spurs as Naughton included in the starting line-up, while Erik Lamela starts from the bench for the home team.

Ramires who was doubtful for this tie has been passed fit and has made the starting line-up for the Blues. Juan Mata has been dropped to the bench.

Let us know your predictions for this game…