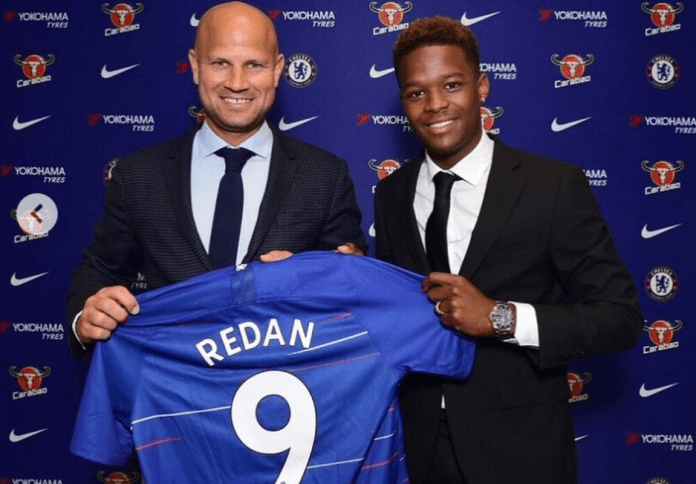 As confirmed by the player on Instagram, exciting forward Daishawn Redan has signed his first professional contract with Chelsea and will wear the No.9 shirt next season.

The 17-year-old, who was born in Amsterdam, Netherlands, has risen through the youth ranks to the fringes of the Chelsea first-team, racking up 14 appearances for the u18s, five for the u19s and nine for the u23s.

Redan joined the Blues from Ajax only last summer but has made an impact in a short space of time.

Unfortunately for the teenager, who has scored 20 goals in 24 games for Netherlands u17s, he may struggle for first-team football due to the stiff competition for a place in the squad – Alvaro Morata, Olivier Giroud.

The London club still haven’t clarified who will be their manager next season. Maurizio Sarri is expected to replace Antonio Conte, but the season is barely a month away and there’s uncertainty in the Chelsea camp which doesn’t bode well for their hopes for a successful campaign in 2018/19.

Redan might have to consider a temporary move away from Stamford Bridge if he wants first-team football next season, as it’s unlikely the new boss will gamble on him given the inexperience. Morata and Giroud are instead expected to compete for a starting place in attack.