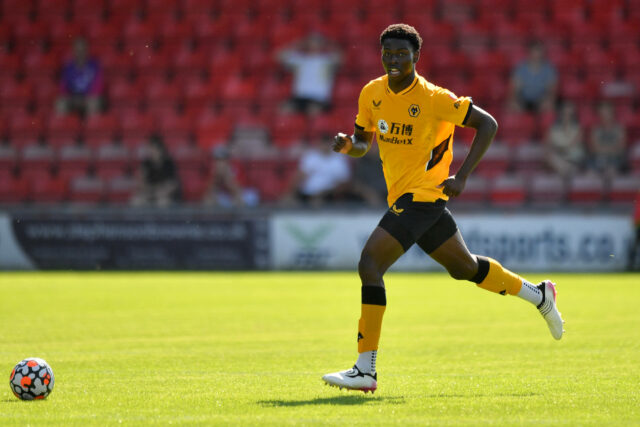 According to Sky Sports journalist Anton Toloui, the Belgian outfit made a £4 million offer, but Wolves are yet to accept it.

The United States midfielder is highly rated at Molineux, but he is keen on first-team football to boost his international chances.

The 20-year-old has turned down a new contract at Wolves.

The Express & Star claimed last week that several clubs, including Wolfsburg and Anderlecht, are interested in signing him. However, it’s Brugge who have come up with a solid offer.

Wolves are demanding around £6m for the player who has only one year left on his contract.

• Club Brugge have made a £4m offer for #WWFC midfielder Owen Otasowie, which is yet to be accepted.
• The #USMNT player's keen on first team football to boost his international chances.
• He has 1 yr left on his current contract and has previously turned down a new deal.

Otasowie made his debut for the Wolves senior side against Chelsea in December last season but has generally found game time hard to come by.

However, he impressed everyone with his physical prowess and tactical flexibility.

He featured six times in the Premier League last season as Wolves slumped to a 13th-place finish.

Wolves could cash in on him this summer, but Brugge may need to improve their offer.

This has been a busy transfer window for Wolves, with the club already signing five new players.

Read: Newcastle eyeing up a move for Brazilian playmaker.