The entire world seems to have united in support of Claudio Ranieri, who was sacked as manager of Leicester City on Thursday. The affable and cheerful Italian was liked and respected by friends and foes alike. It’ll take some effort to find someone that has a bad word to say about him.

Ranieri led Leicester to the Premier League title last season in what can be described as nothing short of a sporting miracle. The Foxes were looking to avoid relegation before the season started, and even finishing in the top half looked improbable. A combination of shrewd tactics, dogged determination and lackluster displays from the usual contenders saw Wes Morgan lift the trophy in May alongside a beaming Ranieri.

He more than deservingly went on to pick up the FIFA World Coach of the Year award.

This season, everything has gone wrong. One could argue that Leicester are back where they truly belong – fighting relegation. A winless 2017 has seen the defending champions running the genuine risk of dropping to the Championship. They are currently in 17th place, one point above the drop zone. The players that looked like world-beaters last season are now looking jaded, tired, complacent and quite frankly, not good enough. The likes of Riyad Mahrez and Jamie Vardy lit up the Premier League with their unerring consistency and brilliance en route to the title. There was a fearless about Leicester which helped them pick up wins at the Etihad Stadium and White Hart Lane, while also remaining unbeaten at Old Trafford and Stamford Bridge. Now, that fearlessness has completely vanished.

Unfortunately, the blame always lies on the manager. It is blatantly clear that the players have let Ranieri down royally. Winning the Premier League seems to have consumed every bit of determination and drive in their bodies. Also, new signings made by the club have failed to shine. A lot of money was splashed in the summer to bring in the likes of Islam Slimani and Ahmed Musa, but injuries have limited their playing time.

Ranieri has looked like a man completely lost and lonely in the last few weeks. Even then, his sacking comes as a complete shock. Who will be ready to take the reins now, with just 13 weeks left until the end of the season? There’s a huge level of expectation at the club after last year, but wouldn’t keeping Ranieri have given them the best chance of staying up?

These incidents are sadly, a gross reflection of modern-day football. Reputations can be tarnished in the blink of an eye, and past achievements in his careers have no say whatsoever when a manager is going through a rough patch.

In December 2015, Jose Mourinho was sacked six months after winning the league with Chelsea. The Portuguese came out in full support of Ranieri, even having “CR” woven on his Manchester United shirt during his press conference. 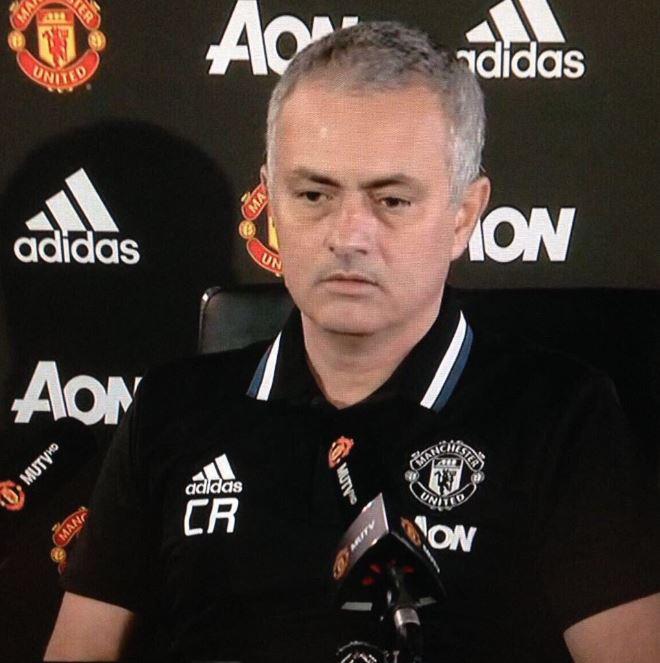 This really interesting graphic on the Telegraph (How winning trophies is bad for your career) validates the fact that every manager is living on borrowed time nowadays. No achievement or victory assures one’s place at a club for the long-term. One would have thought that winning the Premier League with Leicester City would be above that, but sadly, it has proven to be just the same.

Ranieri’s statements following his sacking pulls at every heartstring.

“Yesterday, my dream died. After the euphoria of last season and being crowned Premier League champions, all I dreamt of was staying with Leicester City, the club I love, for always. Sadly this was not to be.

My heartfelt thanks to everybody at the club, all the players, the staff, everybody who was there and was part of what we achieved.

But mostly to the supporters. You took me into your hearts from day one and loved me. I love you, too. No one can ever take away what we together have achieved, and I hope you think about it and smile every day the way I always will. It was a time of wonderfulness and happiness that I will never forget. It’s been a pleasure and an honour to be a champion with all of you.”

In a world full of impermanence, football seems to be torch-bearer. Foreign owners only want results, and failure to deliver in the short-term can cost a manager his job, no matter what he has achieved in the past. Words like loyalty, emotion, love and respect are ebbing away really quickly.

This season has given us some great moments of drama, but the sacking of Claudio Ranieri has put a blotch on it that can’t be erased.