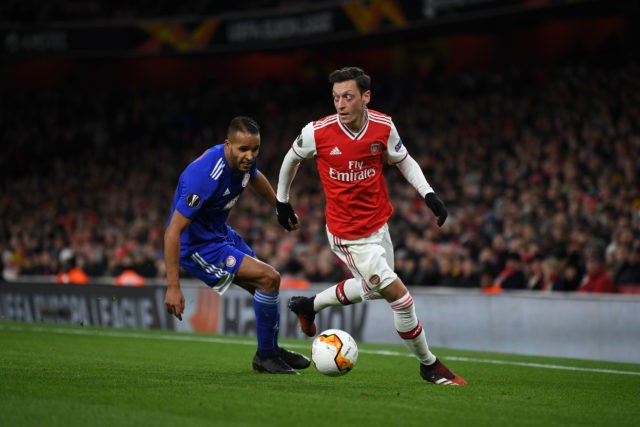 The German international has not featured for the Gunners since the Project restart, and he hasn’t played a single game in the current campaign.

Mikel Arteta, the Arsenal boss, named a rotated line-up in their 2-0 victory against Leicester City last night, where Ozil was omitted from the squad.

The BBC pundit feels the decision to leave him out of the League Cup is an indication that there’s no way back for him. He has described the decision from Arteta as ‘pretty amazing’, adding that it’s an end for the German international at the north London club.

“I think with Ozil it’s pretty simple, he doesn’t work hard enough, he’s not doing enough – I saw he tweeted a few weeks back that he was fit and working hard. Well, obviously not enough to impress Mikel Arteta to put him in the squad,” Sutton said on the Five Live.

“And the fact that he’s been left out of the Carabao Cup squad is pretty amazing. It’s the end for him, there’s no way back.”

Ozil is a world-class player, no doubt, but it seems Arteta is highly reluctant to use him.

The Gunners boss is building a squad to his own taste where he demands high pressing football. Ozil probably doesn’t fit into his system and the brand of football he is trying to bring at the club.

Arsenal are willing to listen to offers for Ozil, but they are struggling to ship him out because of his high wages.