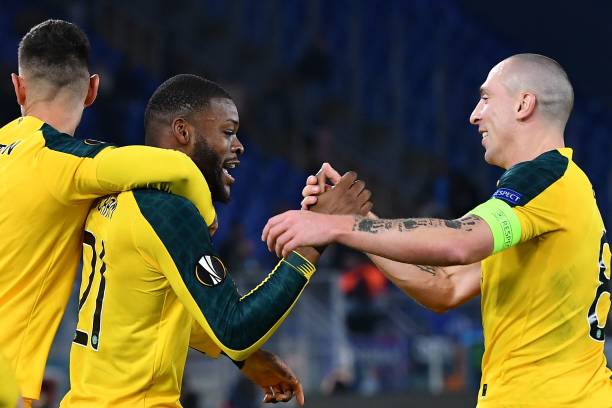 Celtic booked their spot in the Europa League knockout stages following a 2-1 victory against Lazio in Rome on Thursday night.

The Serie A side raced into the lead seven minutes into the game via Ciro Immobile, but were pegged back as James Forrest equalized in the 38th minute.

It appeared the game was going to end in a draw after both sides failed to find a winner in regulation time, but Olivier Ntcham’s 95th-minute strike broke the hearts of the Lazio, sending the Italians crashing to the earth and handing Celtic a berth in the last 32 of the Europa League.

What a game, what a result. @CelticFC through to the knockout stage of The Europa League. Brilliant performance👏👏👏

Celtic qualified with two games to spare, and will now look to top Group E with only a point separating them and second-place CFR Cluj.

With three victories and a draw in four games, the Scottish Premiership giants have been in impressive form in Europe, and they will fancy their chances against the bigwigs of the continent in the knockout stages after defeating Lazio home and away.