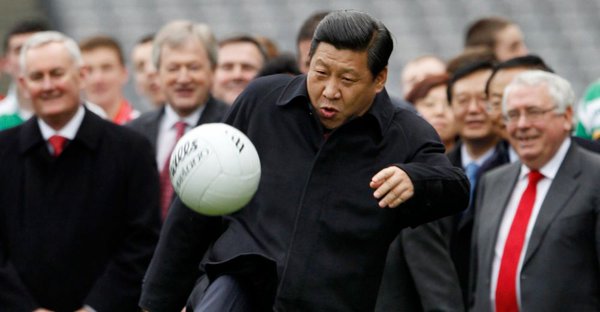 Four Chinese investor groups are locked in a bidding war worth $140 million for one of the world’s most powerful soccer agencies, UK-based Stellar Group which signifies China’s growing appetite to enter the football world, and dominate it.

The potential speculation would be music to the ears of devoted soccer fan President Xi Jinping, who expressed three wishes for Chinese football back in 2011—that the Chinese national team qualify for another World Cup, host it, and then win it. He set out a plan a year and a half prior to make a game industry worth $850 billion by 2025.

“This is just the start of China’s global sporting and football ambitions and we should expect more of the same over the next five years,” said Simon Chadwick, Professor of Sports Enterprise at Salford University, Manchester.

In the event that an arrangement is done, Stellar Group, established by British specialist Jonathan Barnett, would be a noteworthy expansion to China’s quick extending list of worldwide football resources, which includes stakes in England’s Manchester City, Spain’s Atletico Madrid and a growing domestic league.

Barnett is one of football’s alleged “super” agents, who arranged multi-million dollar arrangements for players’ transfers. It must be noted that Stellar Group was behind Wales international Gareth Bale’s record-breaking 86 million pound ($125 million) move to Real Madrid in 2013.

The Chinese Super League still lags significantly behind the European leagues in terms of quality as well as prestige, spent around 340 million euro ($382 million) this January taking most by surprise. The likes of Jackson Martinez and Alex Teixeira went in mammoth deals to the Chinese Super League and the country has certainly proved to have a rising football market and battles MLS, A-League and the likes and could prove to be more lucrative for players. Considering Teixeira seemed very close to moving to Liverpool, but ended up going to China shows that the money attraction could prove a massive attraction.

The flurry of government initiatives to promote football culminated in the release of the “Medium and Long-Term Plan of Chinese Soccer Development” last month which shows China’s desire to  become big football powerhouses.