The Chicago Fire are closing in on signing Jermaine Jones 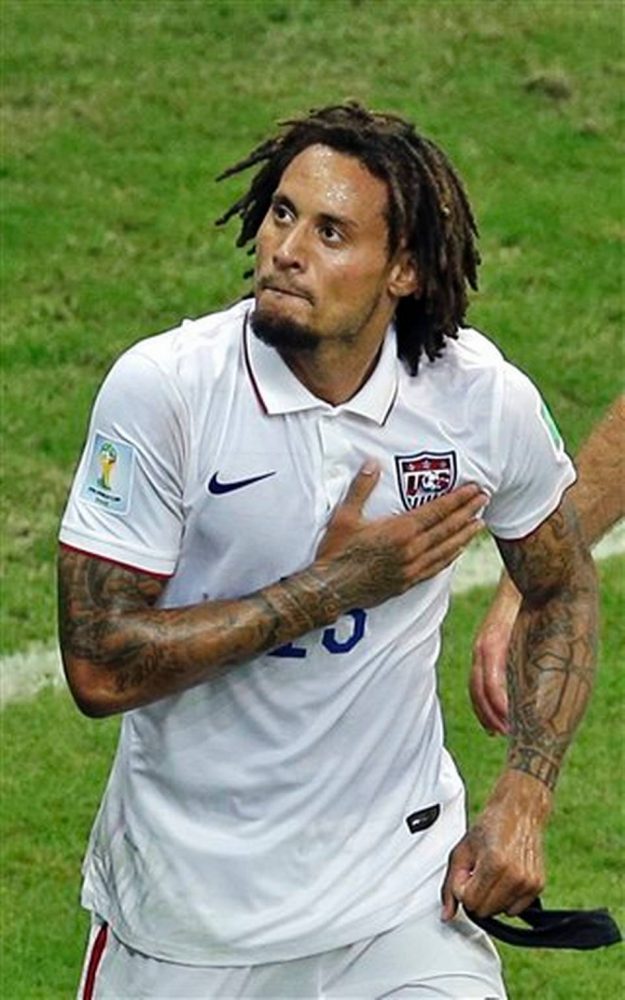 The German/American could be heading to the Chicago Fire very soon.

U.S. international Jermaine Jones road to Major League Soccer is becoming a reality as the rumors of joining the Chicago Fire have picked up more life in the last couple of days.

Fire Head Coach Frank Yallop admitted to reporters on Wednesday night, that Chicago is very interested in getting the World Cup veteran to the Windy City, but at the moment nothing has been finalized.

“We have interest in the player for sure,” The former Canadian international and coach told reporters after Wednesday scoreless draw against the Vancouver Whitecaps. “We’ve spoken to the agent, but at this point there’s nothing to add until someone agrees or it gets concluded. The truth of the matter is we have interest in the player but nothing has been finalized yet. That’s all I can say on it for now.”

Since, Jones had a solid World Cup for the Yanks and scored the phenomenal long range goal against Portugal in the group stages, that will make the 32-year-old center midfielder a Designated Player for the Fire to sign. Which is the main reason why the Los Angeles Galaxy have been ruled out of the race for the German native; since the Galaxy at  the moment have all three DP signed to their roster. The only way that Jones could get to play in his desire city would be if MLS changes the DP rules by increasing the number to four instead of three players.

However, Yallop confirming the interest of the German/American was not the only form of strong evidence that Jones could be heading to Chicago. During halftime of Real Salt Lake versus the New York Red Bulls which was shown on ESPN on Wednesday, former U.S. international and current ESPN analyst Alexi Lalas stated, that the Fire were on the verge of signing the former FC Schalke 04 captain.

With both sides in talks to getting a final contract written up, the fans and the players of the Fire are very excited and eager to have the gritty center midfielder come to Chicago.

“He’s a good player, we’d love to have good players at the club, so if that’s the truth then great,” Chicago Captin Jeff Larentowicz told MLSSoccer.com, after Wednesday draw against Vancouver. “He’s got tons of experience, it’s good to have experienced guys, to have guys with strong character. I’ve been around him for very little but he’s a very good player, he’s a tough guy that would help. I think wherever he goes he will do well in this league.”