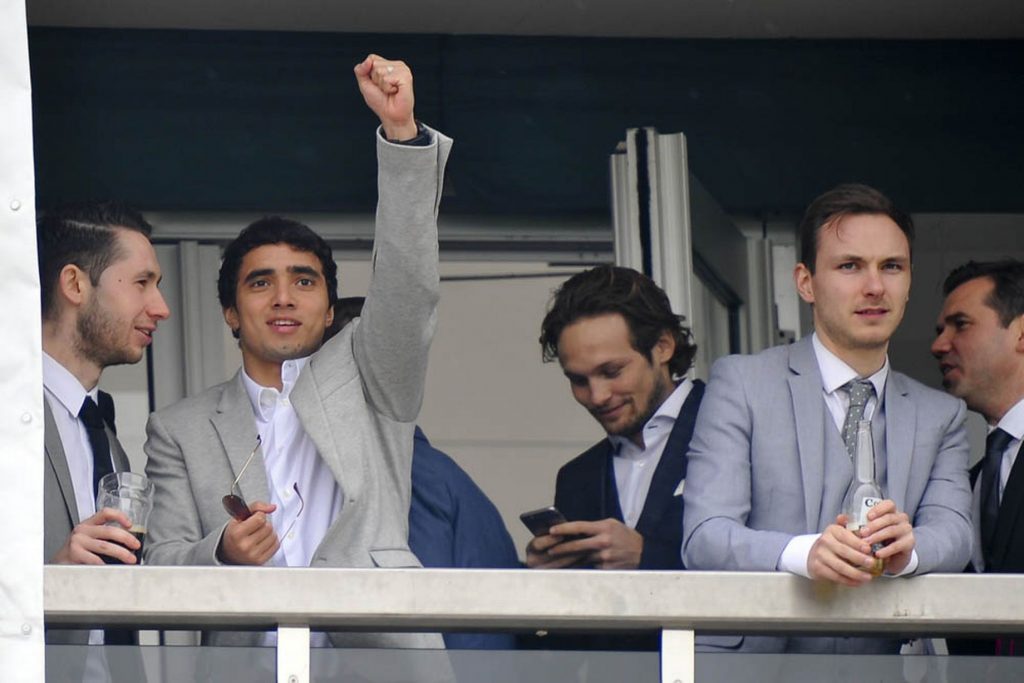 With just under two weeks to go before the start of the 2017 Cheltenham Festival, excitement is mounting about this year’s showpiece equine event.

Whether it’s watching Cue Card trying to win an elusive first Gold Cup, seeing if Irish trainer Willie Mullins can mop up every Cheltenham bonus going or spending your time celebrity-spotting, the Festival has something for everyone.

The meeting regularly attracts a host of famous faces, with the likes of football star Frank Lampard, TV presenters Ant and Dec and pop singer Lily Allen amongst those who’ve sampled the delights of jump racing’s top event in recent times.

The Festival is famous for its welcoming nature, with the large influx of Irish punters helping to create a party atmosphere over the four days.

However, there have been times when some sports stars have crossed the line with their Cheltenham antics. Here’s three of the most notable controversies:

Footballers fined after urinating into a glass

Last year’s Festival was marred when a trio of footballers took things too far under the influence of drink.

MK Dons midfielder Samir Carruthers was pictured urinating into an empty pint glass, while Bristol City defender Luke Ayling was spotted perching the then full glass on the balcony hanging over a walkway.

Northampton Town’s James Collins also got in on the act – throwing his own urine over the balcony.

Carruthers and Collins both said sorry afterwards, but each were fined two weeks’ wages by their respective clubs.

Premier League stars booted out of a VIP box

Boozy antics by footballers at the Festival are nothing new, as highlighted by an unpleasant disturbance back in 1997.

Having won the Premier League title just two years before, Blackburn Rovers were still one of the country’s top teams.

Chris Sutton, Tim Sherwood, Chris Coleman, Kevin Gallacher and England goalkeeper Tim Flowers were amongst the players kicked out of the event after one of the party was spotted urinating against a wall in a corporate box.

No arrests were made, but it was a highly embarrassing incident for a club proud of its roots in the local community.

Tindall hit with driving ban after boozy day at Cheltenham

It’s not just footballers who’ve got themselves into trouble at the Festival, as one rugby union World Cup winner found out to his cost after the 2008 event.

England star Mike Tindall consumed seven glasses of champagne, four beers and rounded off the night with a vodka and Red Bull before heading to bed.

The following morning he drove to Twickenham to commentate on a Six Nations match, but was stopped en route by police for driving “erratically”.

Tindall, who subsequently married the Queen’s granddaughter Zara Phillips, was disqualified for 16 months, ordered to pay a £500 fine and £75 costs. He also had to undertake a drink-drive rehabilitation course.

He later released a statement saying: “I have learnt that what you perceive to be a safe time to wait before one drives after drinking, particularly the following morning, can be totally wrong and I apologise for my actions.”