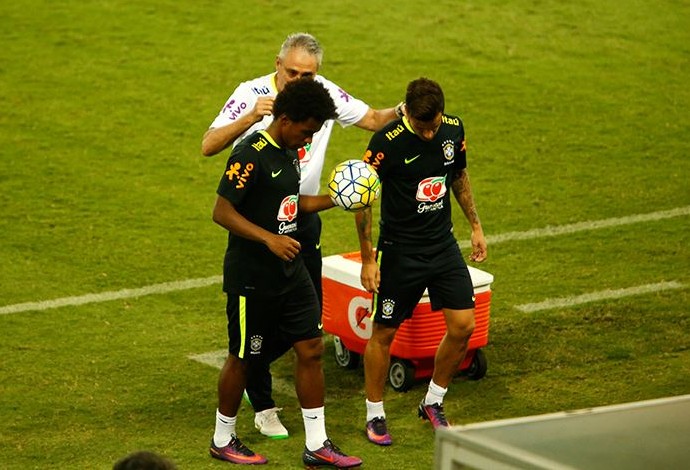 In Brazil’s 5-0 win over Bolivia in October, Coutinho was selected ahead of Willian. The Liverpool midfielder scored in that game, and said afterwards that there were no hard feelings between him and Willian.

“We did not talk about it a lot, but when I scored Willian was the first to come and congratulate me – that shows how important our friendship is,” said Coutinho after that match.

Willian in an interview this week with Brazilian outlet, Globo Esporte, said that the relationship between him and Coutinho is “very good”. The Brazilian said:

Our relationship is very good, fantastic. Not only between me and Coutinho, but among all the players of the National Team. Coutinho for me is a very good player, an ace, for what he has been doing in Liverpool and today in the National Team too.

I am very happy to see him playing so well. There is a fight for a quiet, healthy position. When you win, everyone wins, those on the bench too. I’m very fond of him to continue making success in the Seleção and Liverpool.

When asked whether both of them can play together, Willian joked that it would be ‘too good’. Willian revealed that Tite had explained to both of them about the decision to pick Coutinho over him.

He also had a conversation with both of us. He said he would put Coutinho to play, that he was having a better time. And it was true, no doubt. At that moment Coutinho was very well, as it is today. And he said he liked being honest all the time. He said that it was a difficult decision for him, because they are two star players, but he had to make that decision because Coutinho was having a good time. That’s pretty cool, he’s loyal to all the players.

Willian adds that Tite is a great coach and counsellor who is always looking to bring fresh ideas into the side. He cares about the players who are not getting enough games. The Brazilian also accepts that Antonio Conte, the Chelsea manager, will rotate between him and Pedro for the starting spot. Willian admits that he doesn’t like to be sitting on the bench, but he respects the manager’s decision.