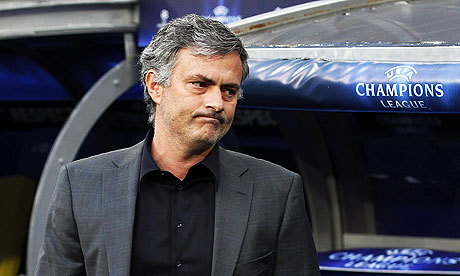 The frustrating 0-0 draw against West Ham will surely have cemented in Jose Mourinho’s mind, the simple fact that all Blues’ fans have been aware of since the season got under way. That is, despite having an immensely creative three midfield players, without a regular goal-scoring striker, any challenge for a major trophy is going to be compromised.

As wave after wave of Chelsea attacks broke down on the stubborn resistance of West Ham’s resilient defence, it became obvious that Samuel Eto’o, although a potent force of the highest order a few years ago, was now largely stripped of threat he once offered by advancing years, and a few seasons of apparent semi-retirement in Russian football. Earnest endeavour remained, but with the power of a Negredo, the guile of a Suarez or the predatory instincts of  an Aguero or van Persie, simple hard-work was never going to be enough.

Despite this seemingly obvious equation, the Chelsea boss declared early that he would not be looking to sign a striker in the January transfer window. Rumours abound, and I have written about this myself, that there is an agreement in place with Atletico Madrid for a summer move of Diego Costa to Stamford Bridge with perhaps Thibaud Courtois’ loan stay in the Spanish capital being made permanent in exchange. With Romelu Lukaku also likely to be in attnedence next year after completing his loan period at Everton, the situation could look a lot healthier, but in the final analysis that’s speculation about the future. The problem exists in the here and the now.

Mourinho has underscored a number of times how his team is a work in progress, and that’s all well and good so long as the ‘project’ remains the word that dare not breathe its own name. with that in mind though, it almost seems that the season has been largely written off, just so the Portuguese can prove his point. Surely however, if this was the point of the exercise, would it not have been better to deploy Patrick Bamford, currently on loan at Derby County and netting with regularity or advancing Feruz from the Academy? At least that way there would have been some development of the club’s assets rather than taking a one year loan of Eto’o. I guess the club could even have refused to loan out Lukaku to Everton, and play him instead. It’s a conundrum that most Chelsea fans will find as frustrating as watching the game last evening.

It’s a major question as to whether even a Chelsea team deploying a top line goal-scorer could effectively challenge title favourites Manchester City of course.  Seeking to do that however, without such a player is almost certainly doomed to failure.

There probably isn’t a Chelsea fan doesn’t trust Mourinho. Selling the ever popular Mata tested their nerve, but the trust held. The sense of frustration around Stamford Bridge last night was palpable however, and Mourinho will need to conjure an improving second half of the season with the assets he seems satisfied with, and then in the summer, prove that his plan will bear fruit.