Chelsea will receive €28m from AC Milan for Fikayo Tomori 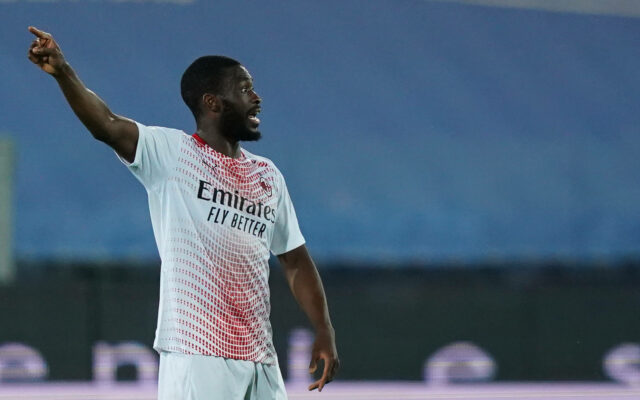 Chelsea are set to make a big profit from the sale of Fikayo Tomori.

The 23-year-old, who progressed from the club’s youth ranks at Chelsea, joined Serie A giants AC Milan on loan during the second half of last season.

Tomori made 22 appearances in all competitions for Milan, making a strong impression during his short loan spell.

During the 2019-20 campaign, Tomori impressed under Frank Lampard in the first half of the campaign, where he made 15 Premier League appearances.

He is a player with huge potential, but Chelsea are prioritising the financial side. Milan are offering a sum of €28m, and they are expecting to secure him permanently.

Chelsea will receive €28m from AC Milan for Fikayo Tomori – the agreement will be completed soon as expected, Tomori will leave #CFC to stay at AC Milan signing a five-years contract. 🏴󠁧󠁢󠁥󠁮󠁧󠁿 #ACMilan #Chelsea

Emerson, Bakayoko and Zappacosta will also leave the club this summer. https://t.co/7T6z6AX3FG

Tomori may turn out to be a world-class defender in the future, but it’s a win-win situation for all parties involved.

Chelsea are getting a handsome fee that can be reinvested into the squad.

You could argue that Thomas Tuchel should have checked him in pre-season before making the final call, but with Thiago Silva set to sign a new deal, it seems the decision was already made.

Tomori is expected to play regularly and improve with age, while AC Milan are getting a fantastic talent on a long-term deal.

Milan are also interested in signing Chelsea striker Olivier Giroud, and the Rossoneri are in direct talks with the player’s agent.