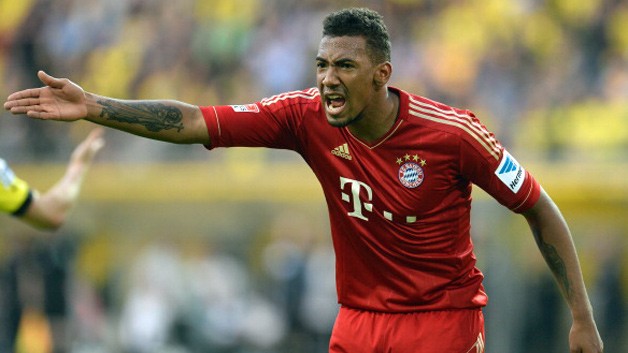 Chelsea manager Antonio Conte is looking to add to his defence this summer and the Italian has identified Bayern Munich’s Jerome Boateng as a target.

The German international has had a poor season with the Bavarians due to injuries and Chelsea are looking to bring him to Stamford Bridge according to Gianluca Di Marzio.

Despite winning the Premier League last season, it is evident that the Blues are not solid enough at the back. Gary Cahill is simply not good enough to start every week, especially in the Champions League next season.

Conte needs to find a partner for David Luiz and Cesar Azpilicueta in his back three and Boateng would be ideal. The 29-year-old is a world class defender when he is fit and he would certainly improve most teams in England.

The former Manchester City defender is a key player for Bayern Munich and it will be interesting to see whether the Germans are open to a sale. The report from Di Marzio adds that Chelsea have already enquired about the player.

Even if Bayern Munich agree to sell the player, it won’t be for cheap. Having said that, Chelsea have the resources to sign most players in world football.

There is no mention of an agreement or negotiations in the report. It seems that Chelsea are simply monitoring the player for now.