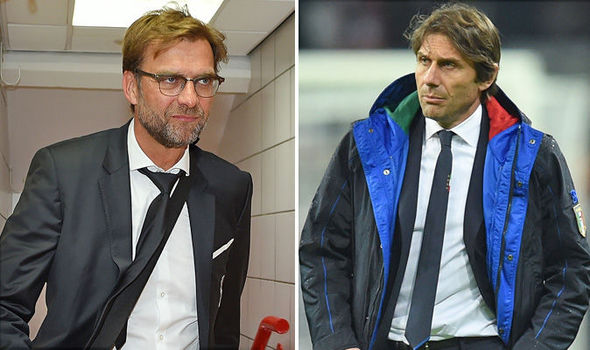 On the face of it, Chelsea vs Liverpool is a game between the sides that finished 8th and 10th last season. But in actuality, it is an absolute slobber-knocker. Jurgen Klopp leads his troops to Stamford Bridge on Friday night in what promises to be a fascinating battle of tactical wits with Antonio Conte. Both sides have shown a lot of positives thus far, and neither will be looking for anything other than all three points.

Last season’s corresponding fixtures saw Klopp earn his first win as Liverpool with a 3-1 victory in West London over a Jose Mourinho-managed side. That day, Chelsea looked completely out-of-sorts and lethargic, and fell prey to some clinical finishing from the Reds. This time around, under Conte’s new regime, the Blues have looked fitter and sharper than ever before, and will be looking to stamp their mark in their first game against a fellow title contender this season.

Liverpool are coming into this game on the back of a 4-1 thrashing of champions Leicester City last week, while Chelsea slipped to a 2-2 draw away at Swansea to lose their 100% record at the start of the campaign.

There will be some interesting individual battles being fought on the pitch, which could determine the fate of this game. Here, we take a look at 3 duels to watch out for:

Klopp has been very vocal recently in his praise for Chelsea striker Diego Costa, who is the joint top-scorer in the league so far with 4 goals. In his press conference ahead of the game, the German manager said about Costa, as quoted here by The Guardian, “World-class. He is a real warrior on the pitch. He uses his body all the time – that is his quality – and he was nearly unstoppable against Swansea. He could have been the man of the match.”

Klopp though, has a warrior of his own in his backline in Joel Matip, who has been superb so far after signing from Schalke in the summer. Standing at 6 feet 5 inches, the Cameroonian is not going to get bullied too easy by Chelsea’s front man, and will be offering no free routes through. He will also be partnered once again by Dejan Lovren, who missed the victory against Leicester last week with an eye injury.

Chelsea have depended on Costa to come up with the goods so far this season. The Spaniard scored late winners in each of their first two games, and was also the man to rescue a point with 10 minutes to go at the Liberty Stadium last week. Against Matip and Lovren, he will be facing his toughest test yet and whether he comes out on top or not will play a big role in determining the result of this contest. 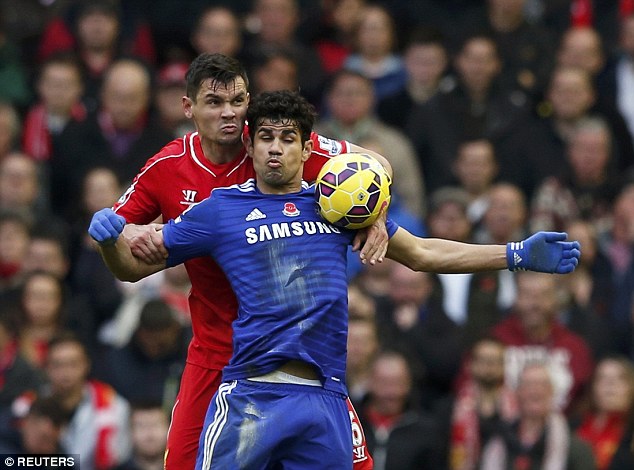 This is a battle in which neither participant has too many weaknesses. Sadio Mane has been a revelation for Liverpool since signing from Southampton in the summer, and has offered that extra bit of impetus and magic they were lacking last season. His blistering pace to run in behind opposition defences helps open teams up time and time again, and he has thus far thrived in the freedom afforded to him in Klopp’s system.

Against Chelsea though, he will have his task cut out against one of the best one-on-one defenders in the league, Cesar Azpilicueta. The Spaniard has been a shining light in an otherwise dismal backline for the Blues in the last season and a half, but will need to be at his best to stop Mane. The Senegalese winger will look for every opportunity to cut inside from the right, and it will be upto Azpilicueta to make sure he goes on the outside and is unable to get too many crosses into the box. 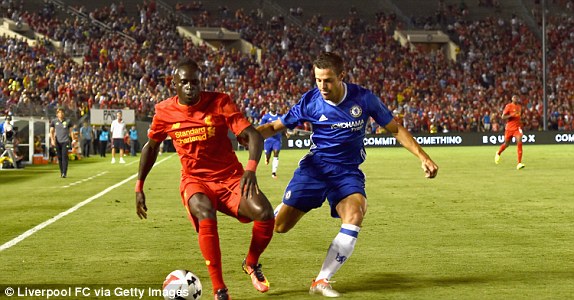 It’s two against one here, because Chelsea’s central midfield machine Kante has proven time and time again that he can, on his own, do the work usually delegated to multiple players. The Frenchman has been an excellent signing for Conte, and has been omnipresent in the centre of the pitch. He will be supported by Nemanja Matic, who is no dummy either at tackling and breaking play up. 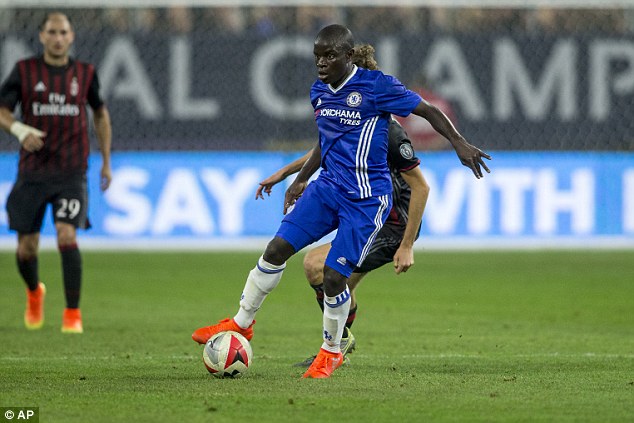 Liverpool are unlikely to risk the returning Emre Can for this game due to his lack of match fitness, and it will therefore be down to the Henderson and Milner to control the game in the middle. The English duo is one of the most hardworking midfield pairs in the league, and will have to run its absolute socks off to gain an advantage over Chelsea.

With John Terry set to miss out due to injury, David Luiz will almost surely be given his second Chelsea debut on Friday. The former Paris Saint-Germain man is already a fan favourite at Stamford Bridge, but will have be wary of another ex-Chelsea player, in Daniel Sturridge.

The Reds striker has had his injury issues recently but despite making only 25 appearances in all competitions last year, he was Liverpool’s top scorer. He is slowly but surely coming back to full fitness, and on his day is one of the most prolific goalscorers in the whole league. 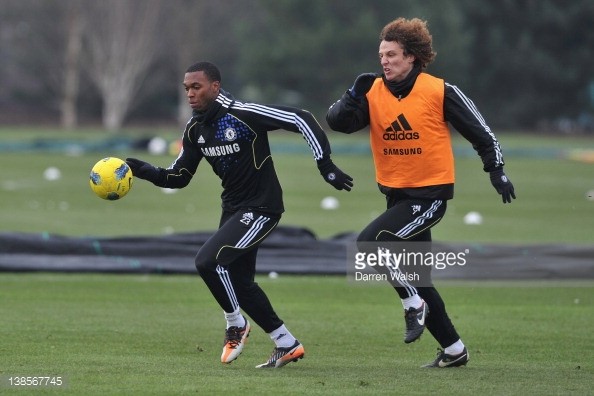 He doesn’t need too much space or time to carve out an opportunity, and so Luiz will have to be very careful. The Brazilian has been criticised several times in the past for being undisciplined and going walkabout while performing his job at the back, and any slip-ups of that kind will almost certainly lead to Sturridge punishing Chelsea. Luiz’s defensive partner Gary Cahill is not the quickest in the world, and can’t be expected to sweep up for the former all the time.

There is little doubt that along with Pep Guardiola and Jose Mourinho, Conte and Klopp are the biggest behemoths among the modern-day managers. Their tactical acumen and hunger to win will almost certainly lead to a feisty encounter, and it will be interesting to see who comes out on top at the end of it all.

Conte has been going with a slightly modified 4-1-4-1 formation so far, while Klopp has preferred the 4-3-3. Both teams have looked brilliant for most parts, but have also been exposed at times. Whatever happens, there will be fireworks and the history between these two sides will ensure a cracking atmosphere at Stamford Bridge. Nothing long-term will be decided this early on in the season, but the victor on Friday will certainly gain a huge psychological edge going forward.