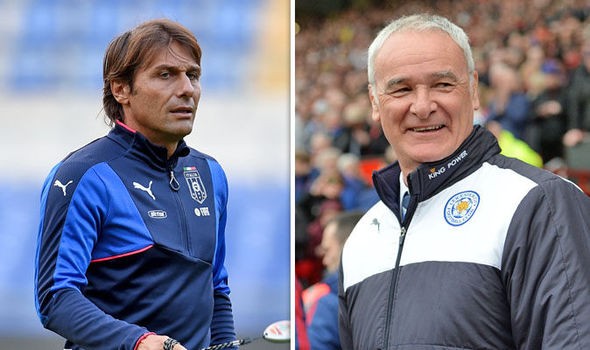 Defending champions Leicester City travel to Stamford Bridge to take on the team they dethroned at the top of last season, Chelsea. This will be the early kick off on Saturday. Neither team has been having the ideal campaign thus far, and both will be going for a victory in this one.

There will be several individual battles to watch out for, with proven match-winners on both sides of the pitch. It will also be interesting to see the formation with which Antonio Conte goes with for the home side. The Italian started with a 3-5-2 setup in the last game against Hull City, but it remains to be seen if he saw enough good things to stick with it against an admittedly sterner opposition.

Here are 3 duels whose winners could determine the outcome of this keenly-contested encounter:

Diego Costa is arguably the most in-form striker in the Premier League at the moment. The Spaniard has found the back of the net 6 times so far, and is a constant threat no matter who the opposition. Keeping him quiet will be key for Leicester.

The Foxes have a beast of their own at the back in captain Wes Morgan, who will be more than up for the challenge of tussling with Costa.

It is going to be a battle both of muscle and wits, and the winner could play a hugely pivotal role in his team’s fortunes on the day. An interesting thing to look at is that Costa is currently on 4 yellow cards for the season, and a booking in this one will see him miss Chelsea’s game against Manchester United next week. The striker will need to keep his calm, but also bring the right amount of aggression to the party.

Conte made the call to replace out-of-form Branislav Ivanovic last week, and Marcos Alonso came into the side. The Spaniard played at left wing-back in a modified system which had 3 at the back. If this formation is maintained, Alonso will come up against last season’s Player of the Year in Riyad Mahrez.

The Algerian winger was absolutely fantastic last year but has been relatively quiet this time around. He will only need one good performance to get going again, and against Alonso, he will come up against a player who is certainly vulnerable.

Leicester’s main goalscoring threat will, once again, be Jamie Vardy. The Englishman, like Mahrez, hasn’t hit the heights he did last season thus far, but the danger he possesses is as great as ever. Gary Cahill has come under the cosh more than once this season for his lack of pace and awareness, and any laxity will be punished in an instant by his countryman. It remains to be seen whether David Luiz or the returning John Terry will play with Cahill, but the calmness of the latter could certainly do a lot of good against someone like Vardy.