Chelsea welcome FC Basel at Stamford Bridge in the Champions League group stage opener on Wednesday night. The Blues have not won their last three matches in all competition and would be looking to start their European journey under Jose Mourinho with a victory. 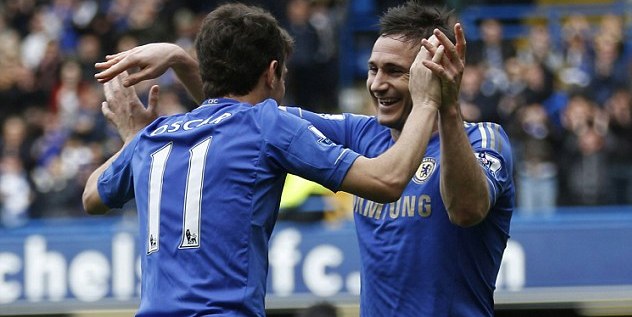 Good news for the Blues fans is there are no injury worries. That obviously brings another problem – selection dilemma. Mourinho has confirmed that Frank Lampard and Oscar will start tonight, while says four players under the age of 22 will start for his side against Basel.

In a typical Mourinho tongue-in-cheek humour, the Portuguese has compared his young guns with beautiful young eggs that are in need of a father figure.

In 2007, while at Chelsea, Jose questioned Roman Abramovich’s recruitment policy  and reacted to the injury crisis before a group game against Rosenberg. On that occasion, he used the metaphor of eggs.

“And it depends upon the quality of the eggs. In the supermarket you have Class One, Class Two and Class Three eggs. Some are more expensive than others, and some give you better omelettes. So when the Class One eggs are in Waitrose and you cannot go there, you have a problem.”

Jose was eventually sacked 48 hours later. However, the Special One this time has no fear of losing the job; rather he has used the metaphor of eggs more positively. He said:

“[They are] beautiful young eggs. Eggs that need a mum, in this case a dad, to take care of them, to keep them warm during the winter, to bring the blanket and to work and improve them.

“One day they will arrive in the moment where the weather changes, the sun rises, you break the eggs and the eggs are ready to go to the top level.

“If you think as we think in the club, in the evolution of the players and the team, it’s very important for them to play on the big stage, and the big stage is the Champions League.”

Jose will be looking to rest some of the players that were involved in the 1-0 defeat away to Goodison Park. In that case, Gary Cahill and Cesar Azpilicueta (hasn’t played a single minute in any of the four Premier League matches) could start in the defence. Likewise, youngster Marco van Ginkel could be deployed in the centre of midfield.

Juan Mata could be dropped to bench as the Spaniard still struggling with his fitness, while Hazard who started the last match, could warm the bench too. In that case, new signing Willian could make his debut while Kevin de Bruyne could start on the right hand side.

What could be the possible line up for this tie? Share your thoughts below…