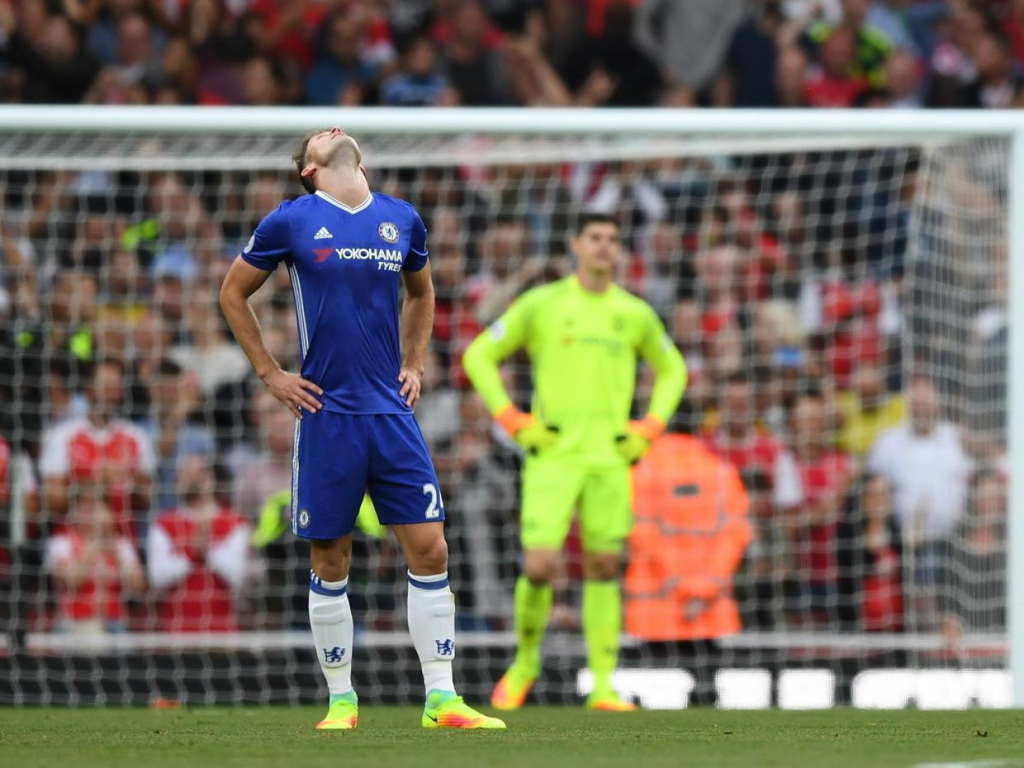 It’s fair to say that things haven’t quite gone to plan for Antonio Conte since his arrival at Chelsea. The Italian arrived at Stamford Bridge with the reputation of a man who prioritises defensive strength and builds from the back.

However quite frankly, the Blues have been dreadful at the back this season, and they must make a change in January.

On Saturday against Hull City, Conte switched to his traditional 3-4-3 formation, and to good effect. Chelsea kept just their second clean sheet of the season in all competitions and came out 2-0 winners at the KCOM Stadium. He went with Gary Cahill, Cesar Azpilicueta and David Luiz as his three centre-backs, but this isn’t something he should rely on every week.

Although he has looked alright since returning to London after a spell at PSG, David Luiz always looks like he has a mistake in him, and it may be taking a risk to play him in matches against the Premier League’s top sides.

While Luiz has done okay this year, Gary Cahill has had a bit of a shocker. He was fouled by Leroy Fer in the lead up to Swansea’s second goal in the match at the Liberty Stadium, and the Englishman took an unnecessary risk for which he was punished. It seemed he hadn’t learned his lesson a fortnight later when he lost possession to Alexis Sanchez, who subsequently chipped over Thibaut Courtois to give Arsenal the lead.

Cahill has persistently struggled over the last few months, and it is about time for him to be dropped.

John Terry has looked the most assured of Chelsea’s centre-backs when in the team this season, but he has missed the last few games with an ankle injury picked up against Swansea. However, at 35, Chelsea can’t afford to rely on Terry for much longer, and will need to look to the future.

Kurt Zouma is a man seen by Chelsea as a potential long-term centre-back, but he is another man out through injury. The Frenchman put in some impressive performances at the beginning of the year, and he is close to a first-team return. He should slot straight back into the Chelsea defence when fit, but the Blues still need to improve the quality of their backline.

Here are three players they could look to bring in:

Bonucci is possibly the best defender in the world game at the moment.

The 29-year-old has been a consistent performer for Juventus over the past few years and has played a key role in their title-winning campaigns over the past five seasons. Bonucci has worked with Antonio Conte at both Italy and Juventus, and he would be just the signing Chelsea need to add solidity to their defence.

He will likely cost the Blues around the £40 million mark, but he would certainly improve the squad.

The Burnley defender is probably the cheapest option available to Chelsea in January.

Keane has been excellent for Burnley this season, and at £25 million, would give Chelsea some long term stability at centre back. He is still only 23 years of age and will get better in the future.

The former Manchester United man has displayed some traits similar to that of John Terry, and he could end up replacing the former England captain at Stamford Bridge.

The most leftfield option, but Laporte would still be an excellent addition for Chelsea.

The 22-year-old is one of the highest rated centre-backs in Europe and has been linked with a big-money move in the past. He held talks with regards to a move to Manchester City in the summer and has a £57 million release clause.

Like Keane, he would provide Chelsea with a long term solution, but unlike the Burnley man, Laporte has the ability to take the ball forward out of defence.