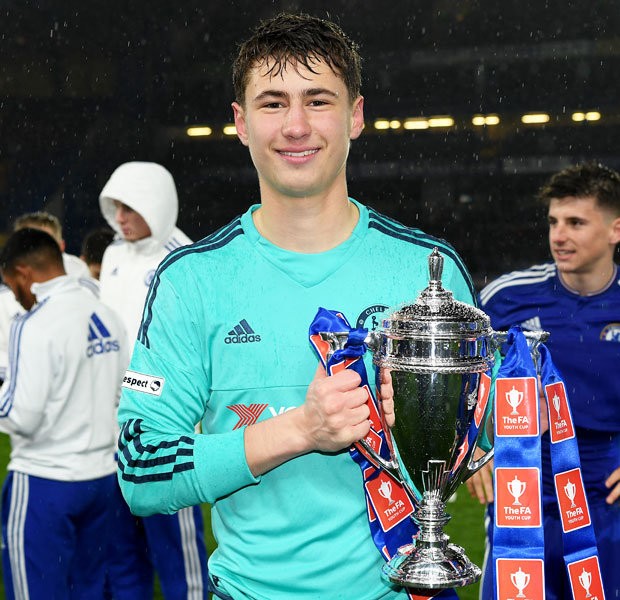 The talented shot-stopper has joined national League side Solihull Moors on loan for the rest of this season. Baxter had been on loan at Ryman Premier Division club Metropolitan Police since August and has now switched clubs in search for regular first team football.

Baxter will return to Stamford Bridge at the end of this season when his loan deal expires on the 14th of May.

The young academy star was a key member of Chelsea’s victorious FA Youth Cup side last season. Baxter played every minute of Chelsea’s winning campaign last year and has been sent out on loan to continue his development in a more challenging environment.

Baxter signed his first professional contract with Chelsea in 2016 and has been at the London club since he was eight years old. The 18-year-old is highly rated by the academy coaches and is tipped to have a big future.

The English keeper is agile and very good with his feet and is contracted to Chelsea until the end of the 2017/18 season.

In other news, Brazilian outfit Flamengo are in talks with Chelsea regarding a loan deal for Kenedy.

The 20-year-old winger recently returned from his loan spell at Watford after the deal was cut short due to lack of game time. The Blues are considering sending him out on loan for the rest of this season and Flamengo are interested in the player. has was signed by Chelsea from Fluminense in a £6.3 million deal in 2015

Kenedy was signed by Chelsea from Fluminense in a £6.3 million deal in 2015 and managed to impress during his first team cameos last season. The Brazilian can operate as a wing-back as well and has a very promising future ahead of him. However, he needs to play regularly in order to fulfil his potential.