It’s an eventful Chelsea transfer round up today in this segment – Lewandowski transfer saga, players going on loan, bid rejected, and plenty more. Without further ado, let us check all the major Chelsea transfer news of the day.

Chelsea had suffered a blow yesterday after Napoli striker Edinson Cavani spoke about his love for the Italian club and the city, further stating that all the rumours that are spreading about him in the market are false. 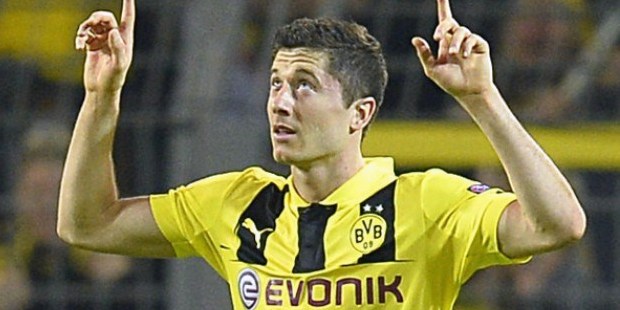 According to reports from The Mirror, Chelsea boss Jose Mourinho will shift his target back to Borussia Dortmund striker Robert Lewandowski, if Cavani cannot be persuaded to join Stamford Bridge in the summer.

Dortmund could be willing to sell the player for £25million to any foreign club than see leaving their star man for nothing next season. The Blues also hope to tempt the 24-year-old with a hefty £170,000 a week pay packages.

Moving on to some loans reports. Chelsea have agreed a deal with La Liga outfit Sevilla to let Marko Marin leave on a season long loan, subject to the completion of legal documentation and a medical, as confirmed by the club’s official website.

The 24-year-old joined last season on a five-year-contract from German club Werder Bremen but failed to make a bright impression, managing only 16 games.

Valencia are looking to sign Chelsea’s young midfielder Oriol Romeu on a season long loan, with a view to giving him more first team opportunities.

The deal could be ideal for all the parties, and according to reports from The Mirror, negotiations and talks have taken place between the agent of Romeu and senior Valencia officials, with the outcome highly positive.

Norwich City have rejected Chelsea’s opening bid of £5million for goal keeper John Ruddy and further informed that the Blues need to double up their bid to even enter a negotiation.

Both Ross Turnbull and Henrique Hilario left Stamford Bridge as free agents last season, while Thibaut Courtois was sent back to Atletico Madrid for a third consecutive loan spell.

Mourinho earmarked Ruddy as a reliable understudy to Peter Cech and according to reports from The Sun, Chelsea have tabled an offer of £5million plus add-ons, but it was not sufficient enough to tempt the Norwich officials.

Ruddy has been impressive for the Canaries, ever since he joined from Everton in 2010. His good performance didn’t go unnoticed as he earned a call-up to the England national team where he made his international debut in a friendly against Italy last year.

To wrap up the segment and I’m sure this will highly excite the Chelsea fans, Schalke 04’s CEO Clemens Tonnies has stated that the club would not stand as an obstacle if any transfer opportunity arises for young Julian Draxler to move to either Real Madrid or Chelsea in near future.