Chelsea Transfer News: Theo Hernandez a target for the Blues 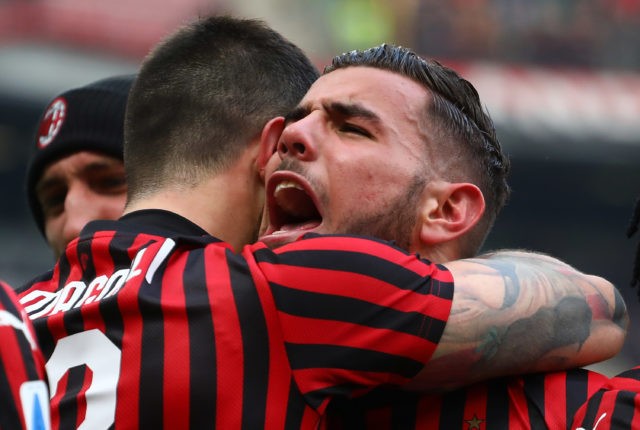 According to a report from Tuttosport (h/t Football Italia), Hernandez is likely to cost around €60 million.
The 24-year-old joined the Italian club from Real Madrid back in 2019 and he has developed into one of the best fullbacks in Europe.
The Blues could definitely use more quality and depth at the back and their interest in Hernandez is hardly a surprise.
Hernandez would be an upgrade on the likes of Ben Chilwell and Marcos Alonso.
The Frenchman has a contract with AC Milan until the summer of 2024 and the Italian outfit are already in talks to extend his contract.
It remains to be seen whether the Blues are prepared to break the bank to secure the defender’s services at the end of this season.
The likes of Manchester City and Paris Saint-Germain have been linked with a move for Hernandez as well and it will be interesting to see where he ends up.
The report from Tuttosport adds that Chelsea have already called AC Milan regarding the French defender’s availability.
The Blues must look to improve their defensive options during the January transfer window and at the end of the season if they want to challenge for the major trophies and compete with clubs like Manchester City.
Chelsea could lose multiple defenders at the end of this season and it remains to be seen whether they can bring in the necessary reinforcements.
Antonio Rudiger, Cesar Azpilicueta and Andreas Christensen are all nearing the end of their contracts at Stamford Bridge and Chelsea have not managed to agree on an extension with them so far.
All three players have been linked with the move away from the London club. Meanwhile, full-back Marcos Alonso is expected to be sold as well.
Join 888sport and enter bonus code BOX45 to get £45 in Free Bets when you bet £10 on any football match.
Tags
AC Milan Chelsea English Premier League Serie A Transfer News & Rumours